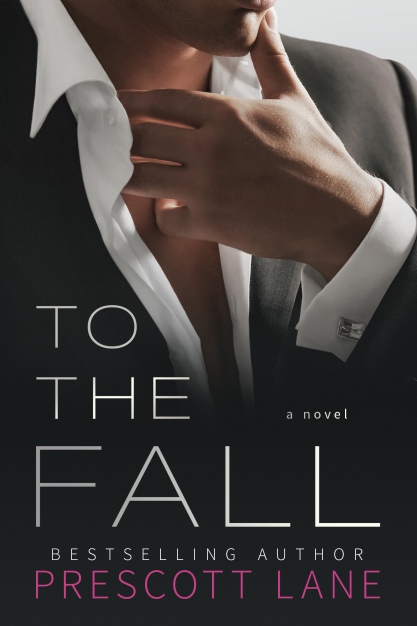 You know the story.
Boy meets girl, they fall in love, two kids, white picket fence.
This isn’t that story.

That’s not me. I’m always in control. You’d be surprised how much you can get away with on just good manners and a smile. It’s the only way to keep my secrets safely locked away.

And my smile hides a lot. Until her.

She turns me down flat. Playing hard to get is my favorite game. It’s the thrill of the chase.

Only problem is, I think it’s me that’s getting caught.

Dr. Lorraine laughs and pulls out her prescription pad. Scribbling something, she turns it to me. The title reads: The sex diet.
I bust out laughing. “You’re writing me a sex prescription.”
“Sort of,” she says. “You ever gone on a diet before?”
“No.”
“The thing with diets is, you usually start off strict.”
“How did I know that?”
“No touching by either party, not even kissing.”
“Wait, not even a hand job?” I ask.
“You’ve got your own hands. Use them.”
She writes jerking off on her script pad, then puts a checkmark beside it. This is the craziest shit.
“Once a day as needed,” she says, writing that down.
“I’ll never make it.”
“How many times do you want?” she asks.
“At least twice, morning and before bed.”
She shakes her head. “Okay, twice a day,” she says and points her pencil at me. “That’s it.”
“I really don’t think I need . . .”
“You won’t be released from therapy until I’m satisfied you’ve completed this,” she says.
She has me by the balls, and she knows it. I can’t believe I’m being forced to agree to this, but what choice do I have? “I haven’t had sex in a couple days. Can I get credit for that?”
“No,” she laughs out. “Start fresh today.”
“Porn?”
“What about it?”
“Can I use it?” I ask.
“You don’t have enough memories to sustain you?” she asks.
“Good point.”
She gets to her feet and sticks out her hand. “Good luck.”
Shaking her hand and smiling, I’m sure I’ve got this.
I bite the inside of my mouth, realizing the old lady has tricked me. It’s Thursday. I’m not seeing her again until Tuesday.
That’s five days! Shit, what have I done? 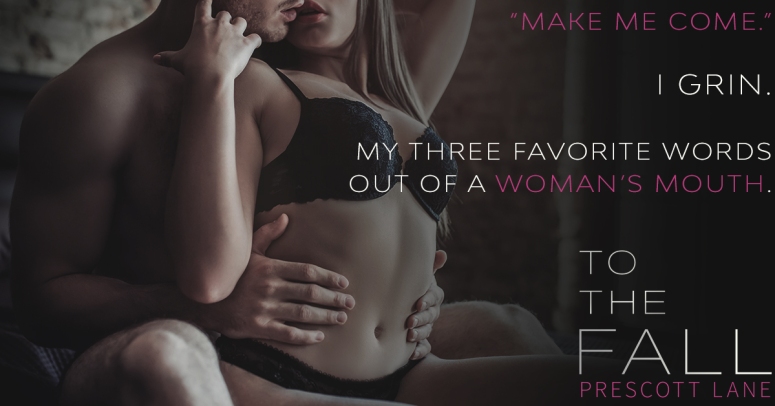 This was my first book by Prescott Lane, I was really intrigued by the blurb and looked to be my type of book, but actually turned out to be something completely different and not what I expected at all.

Pierce Kingston, boutique hotel owner, serial womaniser ends up being referred for therapy after being involved in a ‘prostitution’ charge – this is not what it looks like – its really a big misunderstanding, and explains this to the therapist and ends up telling about his love live, one nights stands, open relationships, etc., whilst caring for each of the women he gets involved with financially after he dumps them, he never gives any part of himself emotionally. She puts him on a ‘sex diet’, trying to get him involved emotionally in a relationship. But the only people he is emotionally involved with is his best friend Annie, who he grew up with and knows him best, and his step sister Tawny. That is until he meets Sutton, who now owns the hotel across the road from him. But she is unperceptive to his advances, but he is smitten, and tries his best to win her over. But Pierce’s womanising ways turn out to be a facade to cover a horrible and deeply hidden secret, something he doesn’t want to think about, won’t talk about, and will need the love of a strong woman at his side to help share his burden.

Like I said this turned out to be completely different to what I thought. I didn’t like Pierce at first and his ways, and it took me a long time to get into the book. It didn’t help that the heroine in the story turned out to be someone different from who I was expecting – so their connection just didn’t get through to me until nearly at the end of the book.

As the story unravels with some major twists and turns and you eventually find out why Pierce is the way he is, but its a lot of hard work to get there. Its very emotional at the end and I was quite irate in places whilst reading this. But I cannot give any more away as it will spoil it completely. So although I did end up enjoying the story, and it is quite potent when you understand just what has gone on, I just couldn’t connect with Pierce until it was too late in the story for me. Also I didn’t like the ending, there was no closure for me.

Knowing what happened in the end, I feel that bad person got away with it and no one ended up paying for all that happened and the victims just had to live with it – not what I wanted to happen. But these are just my impressions, you should take the time to read it yourself and form your own opinions – it turned out to be a good story covering a very difficult subject matter, and I look forward to reading more from Prescott.

Prescott Lane is the Amazon best-selling author of Stripped Raw. She’s got seven other books under her belt including: First Position, Perfectly Broken, Quiet Angel, Wrapped in Lace, Layers of Her, The Reason for Me, and The Sex Bucket List. She is originally from Little Rock, Arkansas, and holds a degree in sociology and a MSW from Tulane University. She married her college sweetheart, and they currently live in New Orleans with their two children and two crazy dogs. Prescott started writing at the age of five, and sold her first story about a talking turtle to her father for a quarter. She later turned to writing romance novels because there aren’t enough happily ever afters in real life.