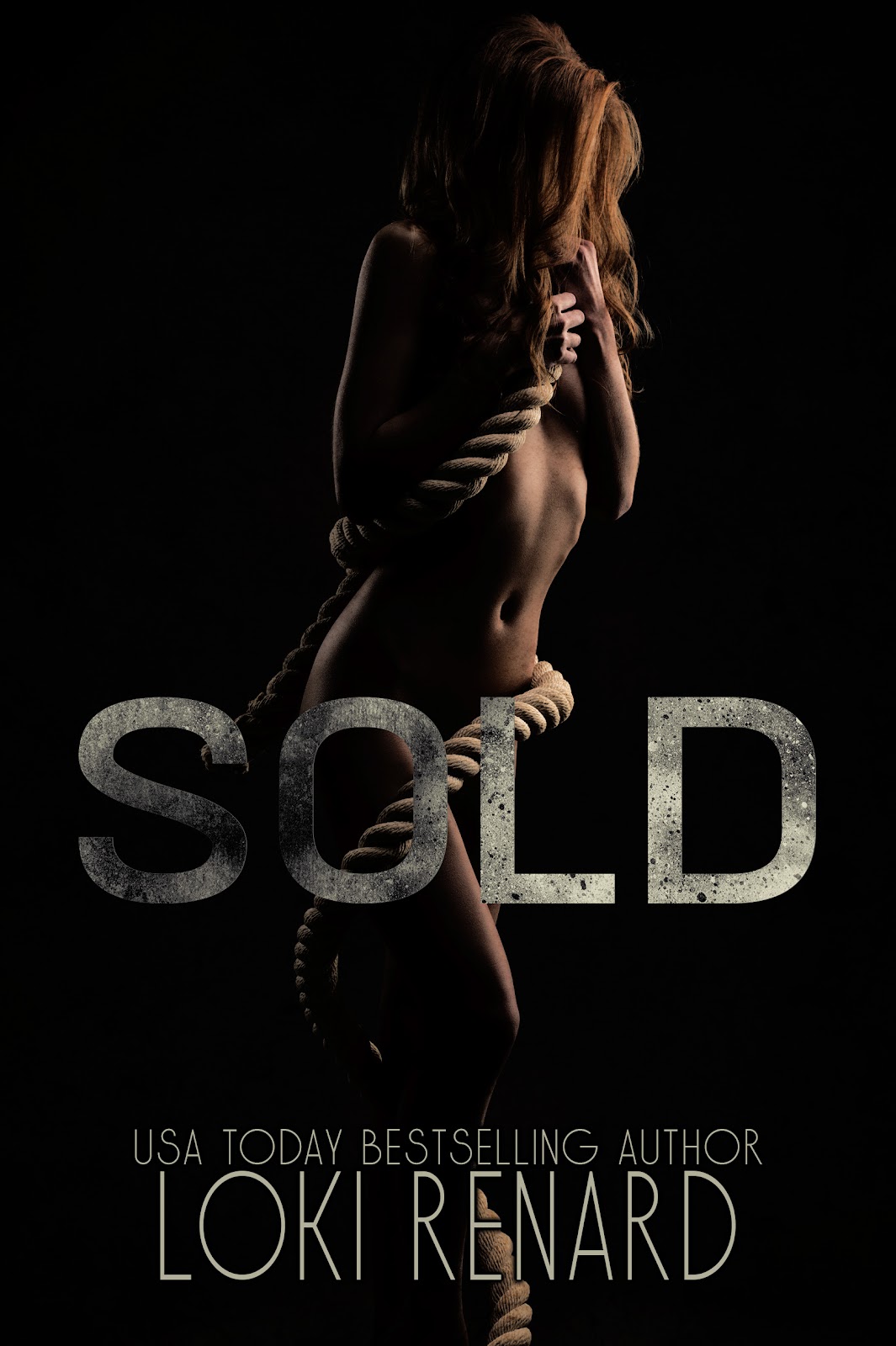 My body had never been touched by a man. Then I was sold to seven of them.

The city was my only chance to survive, but I didn’t make it an hour before I was caught. They stripped me, punished me, and then auctioned me off. Not to just one man, but to seven battle-hardened brutes hungry for a woman to claim and ravish in the most shameful ways imaginable.

But even as these rugged mercenaries set about mastering my virgin body and teaching me what it means to belong to them completely, they offer me something that I never thought I’d have…

Though they bought me for their use, I have become much more than just their property. They paid for me with money, but in my heart I know they would protect me even if it cost their lives.

“I own her! I’ll damn well take her! Stand aside!”
I wake to a brutal male voice outside the bedroom door. I don’t know how I got here. Mattias must have put me down to sleep. The blankets are tucked in around me, a small display of care I don’t believe in.
“Sir, she’s exhausted. She fainted earlier.” I hear Mattias trying to stop the intruder, but he is unsuccessful.
“She doesn’t need to do anything but lie back and take it.”
With that stomach-churning comment, the door opens, and the sheriff walks in.
“Hello, pretty,” he leers. “You earned me a lot of money today.”
I shrink down below the blankets. This man scares me. He is powerful and thoroughly corrupt. He did save me from the mob of men in the market, but that wasn’t because he cared about me. That was because he saw value going to waste.
He is no longer in his suit of armor, and I can see him more clearly now. He is in his fifties, old for post-Event America. His hair is salt and pepper, his features are rugged, and his shoulders are broad. It makes sense that he is in good shape. Nobody weak rules these wastelands.
A small part of me—a very, very small part—responds to his presence. He has a raw, brutal masculinity that calls to the ancient female parts of me, but I am terrified of him in every other sense. He just sold me. To seven other men. He is not like Mattias and Elias. He doesn’t take care of me. He will use me as he wishes, and he will pass me on for others to do the same.
I cower in the bed, a soft whimpering escaping my lips. I wish I had my clothes on right now. I wish I had my gun. I’d put a bullet right in his smirking head.
He has eyes that glint with gray steel, and an expression I can only describe as being one of pure conquest. He reaches down, grasps the blanket, and yanks it off me.
I squeal and try to cover myself, but there’s no covering all the parts of me. I have never been seen like this before. I have never been looked at like this before. His eyes rake up and down my body, and even though I put my hand between my thighs and try to turn away, I know he’s already seen everything.
“What’s wrong with her, Mattias?”
Mattias steps up beside him. “She’s afraid of you, sir. As are many.”
The sheriff laughs. “No need to fear me, pretty. What I intend to do with you will make you feel better than you ever have.”
Somehow, I doubt that.
“She has only been with us a day. She needs much more preparation,” Mattias explains. “She’s very, very wild, sir.”
“I own that cunt. I’m going to take it.”
He looks me in the eye. I see wickedness. I see harsh male lust. I see the desire to be inside me. I see my undoing.
“Spread your legs, girl. Show me what I own.”
I grab a pillow and cover myself for good measure.
The sheriff cuts a look at Mattias. “She’s disobedient.”
“She’s wild, sir.”
“We better whip that wildness out of her.”
“We want to break her in, not break her completely,” Mattias says. He has a calm way of speaking to the sheriff that is not as deferential as it might be. “Your clients will not be pleased if she is damaged.”
“Clients?” The sheriff shakes his head. “Girl made me forget about them. She’s a real beauty. Damn.” 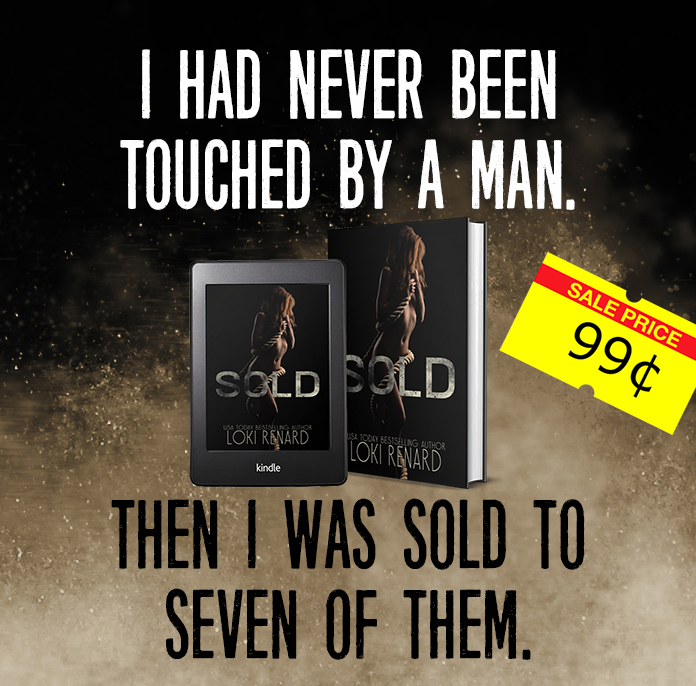 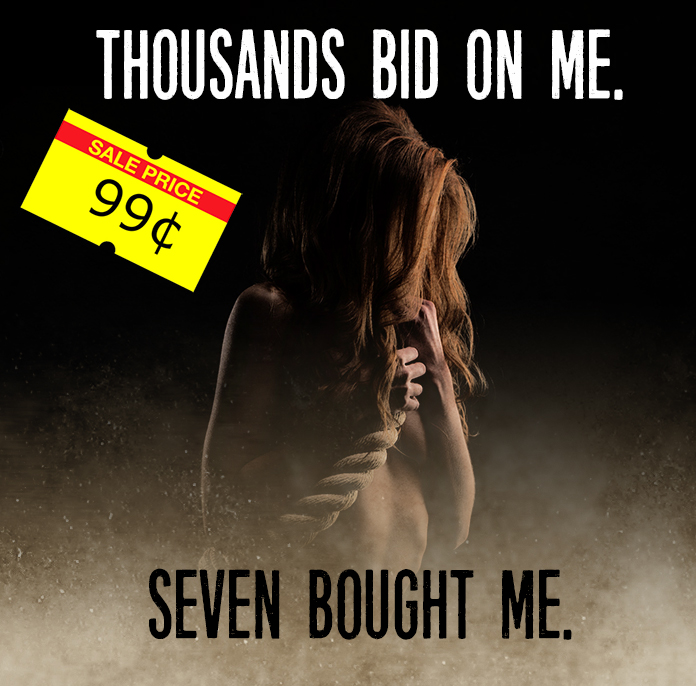