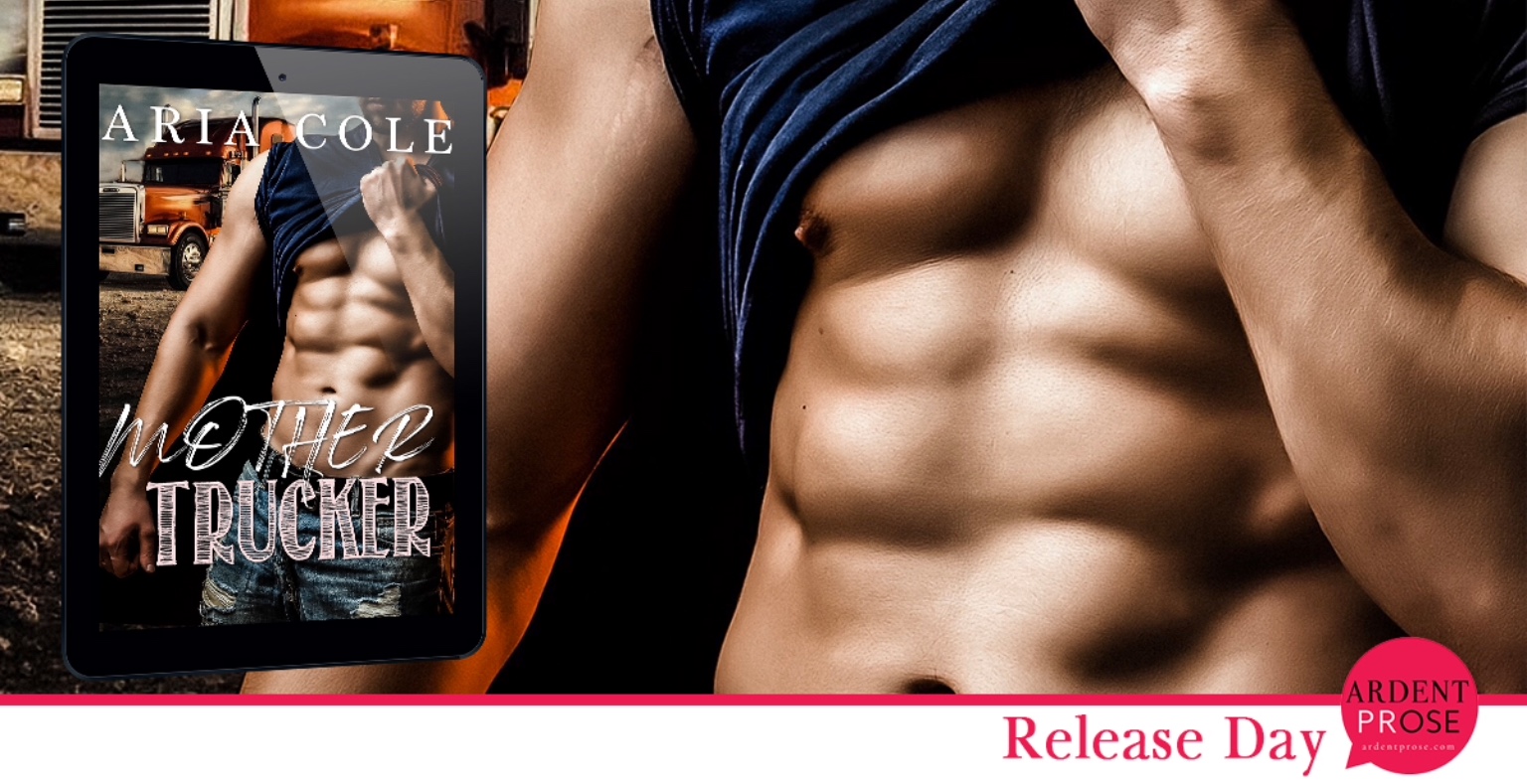 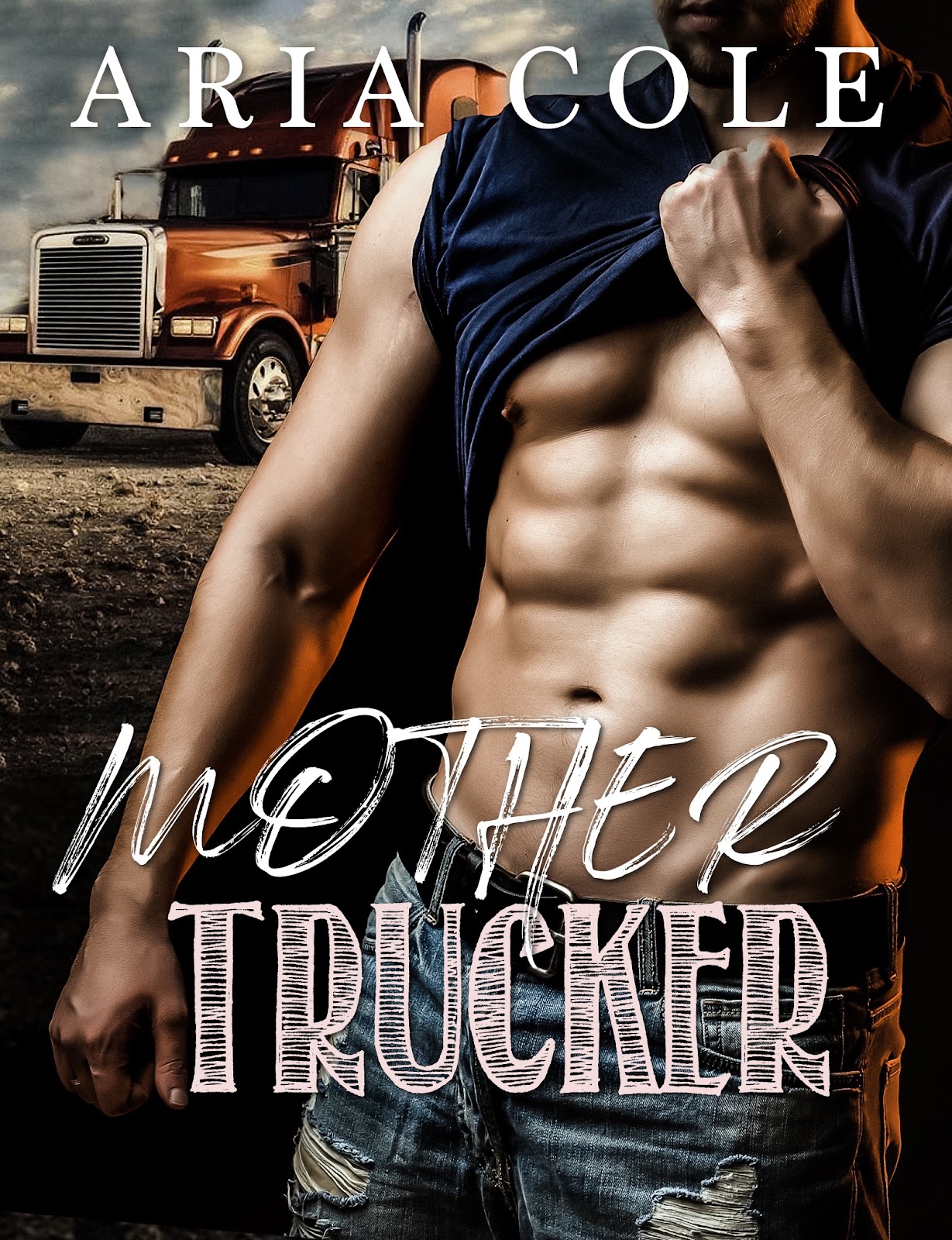 Rocco O’Riley lives the life of a hermit. Alone on a secluded island, he outfits custom big rigs and shares his work with the world streaming to millions online. He never thought the new visibility would bring him fame and wealth, but with no one to share it with, the days in his workshop are long and empty, his success hollow until one night when a violent storm leaves a woman washed up and helpless, stranded alone with him on his little island.

When Primrose Weatherford found herself abandoned on the side of a flooded road, she never thought a rugged stranger would be her saving grace and the sexiest thorn in her side at the same time. The owner of O’Riley’s Big Rig Rehab is burly, brooding, and not used to making polite conversation with pretty women. Especially ones that make him want to hand over his heart and love her for the rest of his forever.

But can Prim handle all that Rocco’s offering, or will this reclusive beast in a trucker hat run her off once and for all?

Warning: The size of Rocco’s big rig is eclipsed only by his huge alpha heart. His rough-around-the-edges life softens when sweet Prim enters it, upending his carefully cultivated existence in a storm of epic proportions. Buckle up, dangerous curves ahead!

“Isn’t there a rule about wearing white on rainy days?” The timbre of his voice tingled like sparks against my skin.

“This one took me by surprise,” I whispered, tucking soaking-wet locks behind my ear.

I narrowed my eyes, sensitive nerves pricking in places they hadn’t since, well, pretty much…ever. I felt his gaze crawl over me, the thin white cotton of my button-down shirt obviously see-through by now.

He backed away, adjusting the angle of his worn trucker’s hat.

Another crack of lightning lit the sky as I practically drooled over the startlingly golden-bronze shade of his skin, damp with rivulets of rainwater. The thundering in the distance was matched only by the thundering of my heart in my ear drums. Could he hear it?

God, I hoped not.

“My car stalled,” I finally blurted.

“You mean that golf cart you got there?” He assessed my trusty little blue demon behind me. “That thing brings a lot of words to mind, but car isn’t one of them. Piece of shit maybe, but not car.” He moved up the short driveway, slapping at the rusted tailgate of a vintage Ford pickup.

“And what do you call this?” I hollered at his back, rain still sliding down in determined drops, soaking into my bra and pebbling my nipples.

Or was it him, all strong and manly looking?

I hated it, either way. I vowed to banish all of the white shirts in my closet the minute I arrived home.

“This”—he smacked the truck—“is my baby.” He reached the door of the garage, eyes on me again. “If that old thing impresses you, you should see my big rig.”

My mouth shot open, embarrassment burning my cheeks as I thought I very well should turn around and stomp away, but I had no car and my phone battery was long dead. The sixty-minute drive home from work every day was a killer in the best of times, impossible on the worst days, apparently like this one.

“I’m not sure what’s worse: enduring this storm or your corny jokes.”

His chiseled features shot into an amused half grin that caused my heart to riot in my chest.

“You’d be wrong to assume you’ll be the only one suffering.”

His eyes made a point of coasting up and down my drenched form before he huffed and pushed off the doorjamb and descended into the darkness of the garage, door closing behind him. I frowned, missing his presence in a way I wasn’t altogether comfortable with.

“Mother trucker.” I pushed through the door he’d just disappeared behind, surprised when blinding white light blasted my eyes. Shiny chrome toolboxes towering over raw pine workbenches worn soft with years of use surrounded me.

“This is the cleanest garage I’ve ever seen.” I brushed my fingers along one pale workbench.

“This isn’t my real shop, just the one I use for filming.”

“Filming?” I raised an eyebrow. “Got a local cable show I don’t know about?”

“More like half a billion followers streaming online.” He slung one heavy, denim-clad thigh over the nearest Harley, settling himself soundly as if he was made to be there.

The broad stretch of his shoulders caught my attention. I fully appreciated the way his broad body swallowed up the space, so much so that the big bike looked small in comparison. A thrill of desire shot through me, blood hammering through my veins to a pounding rhythm.

My mouth was suddenly dry, pain cracking my throat as cartwheels bounced around my diaphragm.

“Gotta confess, sweetheart, you’ve had me pegged. I’m a Harley man at heart, but my specialty is trucks. Leno called me in to rehab a classic Ford, and the LA Times did a piece. It’s been a circus since.”

I gulped, taking in his words, still stumbling at how downright hot he made me under the engine.

I cracked a smile at my own pun, suddenly wondering why the hell I’d found myself at this garage during this storm. Served me right for taking a new way home from work, but flooding had already caused a backup on the bridge out of town, so I’d thought it might be worth my time to take the scenic route home. Well, now the bridge on the edge of town was washed out, and I was stuck on a tiny strip of land that separated the river from the ocean. The only establishment on the island? This one.

Luckily, from the outside it’d been well-lit, and with the promise of a power cord and a wrecker calling, I’d been fighting with my purse and about to knock on the door of his garage when he’d caught me outside in the downpour.

“This place is pretty incredible.”

His gaze followed me shrewdly as I wandered the edge of the garage, between the motorcycles, modern and vintage, finally catching sight of myself in a full-length mirror in the corner.

“Oh shit.” I crossed my arms over my shirt, horrified that I’d been so stunned by the perfection of this place that I’d forgotten I’d worn white and was soaked through. “Why didn’t you say anything?”

“Can’t blame a guy for enjoying the view while it lasts.”

I huffed, pulling down a coat that hung from a rack beside the mirror. I shrugged it on, folds of black leather swallowing me like a warm hug, the scent of what I imagined was him enveloping me, seeping deep into my bones and melting them like warm butter.

Prickles of desire spun up through my nerves, and I did my best to tamp them down.

“Do you have a charger?” I suddenly remembered my phone, pulling it from its place in my bag.

He was at my side a moment later, lazy grin holding me captivated until I was stupid.

“You look good wrapped up in my favorite jacket.” He winked once before spinning on a boot and leaving me all by myself, his scent clinging to me.

“Coming, sweetheart?” he threw from across the room, big shoulder resting on the doorframe.

“Name’s not sweetheart.” I followed, dragging my feet because I knew…I just knew that whoever he was, this wouldn’t end well. There was no way. I’d had my fair share of run-ins with arrogant, gorgeous men like him. I’d learned to steer clear.

“What else should I call the lost little puppy that’s landed itself on my doorstep?”

I bristled at his words, the feminist brewing inside me dampened by his overt and rogue sexuality.

This son of a bitch was intoxicating.

I met him chest to chest, hovering a moment. “Call me Primrose Weatherford.”

His eyes grew ride, mouth popping open to respond before I moved without thinking and pushed past him and straight into his house, walking in like I belonged there, when really I felt for my own sanity that I should be running out.

“Prim, huh?” he sang from behind me. “Not even a little bit surprised.” Aria Cole is a thirty-something housewife who once felt bad for reading dirty books late at night, until she decided to write her own. Possessive alpha men and the sassy heroines who love them are common, along with a healthy dose of irresistible insta-love and happily ever afters so sweet your teeth may ache.For a safe, off-the-charts HOT, and always HEA story that doesn’t take a lifetime to read, get lost in an Aria Cole book!
Follow Aria on Amazon for new release updates, or stalk her on Facebook and Twitter to see which daring book boyfriend she’s writing next!

Sign up to get a NEW RELEASE ALERT from me!
http://eepurl.com/ccGnRX