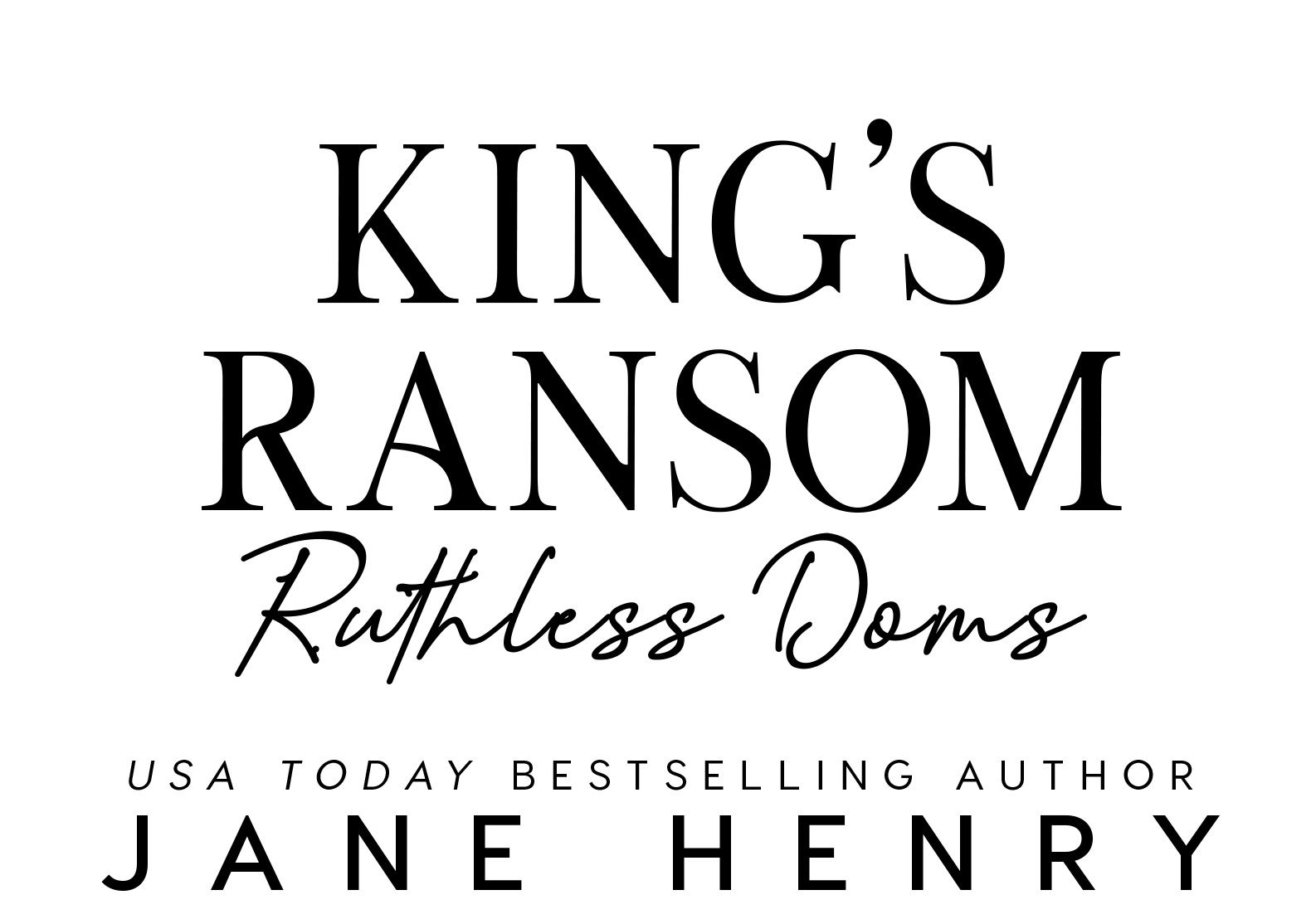 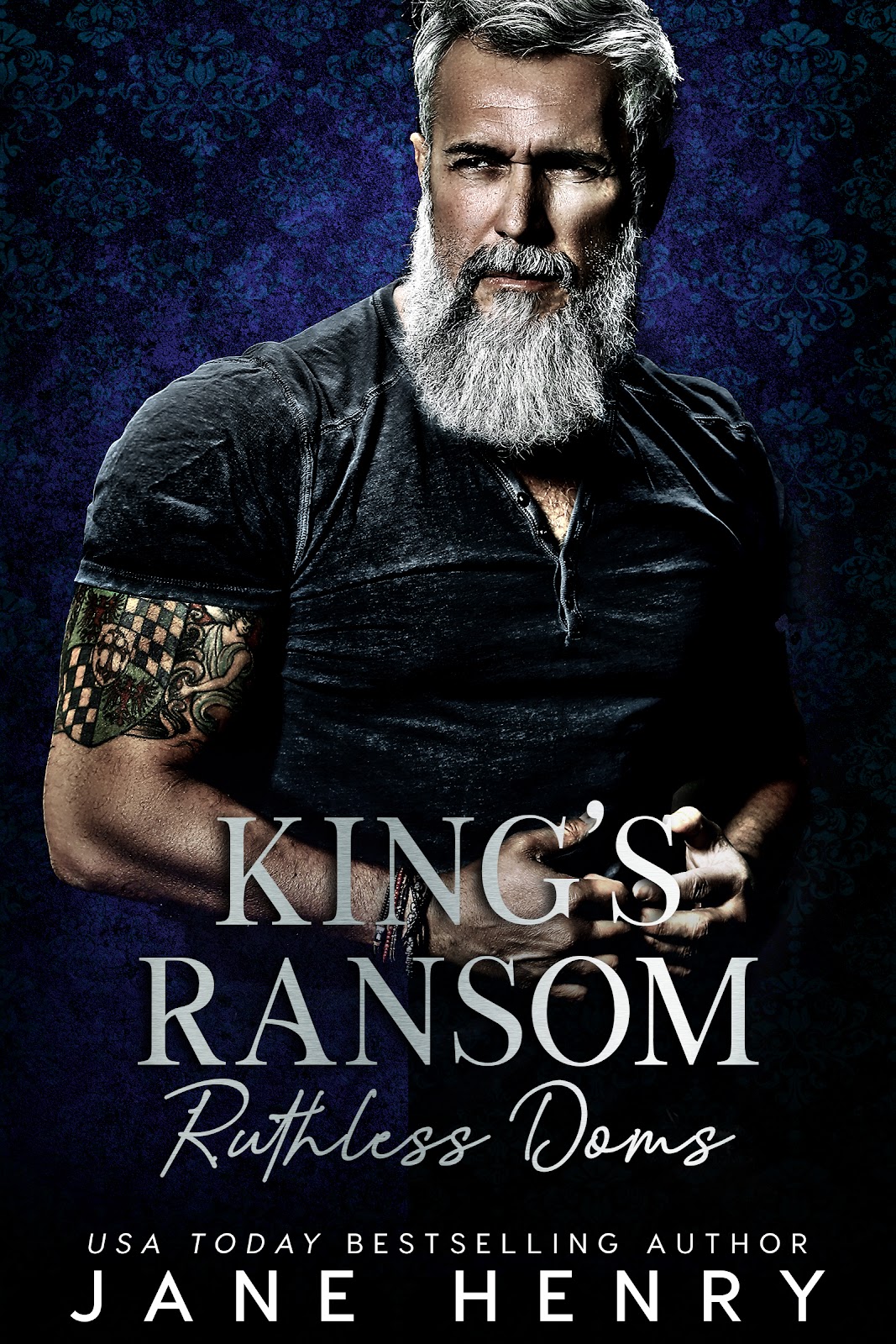 USA Today bestselling author Jane Henry delves deep into the Russian underworld, with a high-stakes, heart-rending story of betrayal, atonement, and a hard-won happily-ever-after.
He’ll make me call him daddy.
Demand my obedience.
Drive me to my knees.
I’ve been in love with Stefan Morozov for as long as I can remember.
He’s fearless. Powerful. A vicious leader of the Bratva underworld.
And he barely notices my existence.
That is, until the day I see something I shouldn’t.
The day the man I love makes me his prisoner.
The day my love turns to hate…
Please note: This dark romance features kinky, sexual scenes, including a Daddy Dom, non-consent, and strong elements of violence. If such material offends you, please do not read.

I walk the grounds of our compound observing everything. Everyone. Who’s home for the night, who isn’t, if anything’s out of place. As pakhan, I’m father to all and ever vigilant. Trusting no one, I’m always alert for the hint of anything that might put my men, my brothers, my son in danger.

Something’s wrong. Like the quiet before a storm, the still air tonight holds the promise of uncertainty.

Amaliya called me a pessimist. She said I saw a threat in the very moving of the clouds in the sky. But Amaliya is now dead. I’m arguably more guarded than before she was killed.

There are rhythms and cadences, what others might call ups and downs, in Bratva life. It’s not so much highs and lows, but silences. Any musician will tell you that the quiet places in a composition often have the greatest impact.

So when we hit the lulls, the quiet moments, I’m more alert than ever. I hardly sleep.

For well over thirty years I’ve been Bratva. I was inducted as a full-fledged member before I graduated high school. We don’t induct teenagers into Bratva life anymore, now demanding fluency in Russian, signature ink, and jail time sentences served before we even consider new membership. We’ve upped the stakes. I’m glad we have. Teenaged boys need to earn their spurs before they dedicate themselves to the Bratva.

I’d killed a man before I’d even lost my virginity. And I swore to fucking God that wouldn’t be my son, and it wouldn’t be the boys I brought into Bratva life. And I’ve kept my word. Though I still recruit and welcome younger men into our brotherhood, I demand a high school diploma and life experience before I’ll even consider a new applicant.

Christ. I’m getting too old for this shit. At least that’s what I tell myself. I’m barely over fifty, having had Nicolai in my early twenties, but being Bratva since adolescence ages a man.

I sigh, scrub a hand across my brow, and make a mental note to have the landscaping team trim back the bushes by the main entrance. They obscure my vision.

I can’t shake this feeling I have. My instincts say shit’s about to go down, and soon. I think of calling Nicolai to check on him but stop myself when I swipe the phone on. He’s a full-grown adult with a child and a pregnant wife, and I don’t need to be waking him to check ghosts. Soon enough, he’ll be giving me hell about getting old and senile. I don’t need to start now.

So tonight, I make more than one round of our compound. I check every lock, every window. I sweep the beam of my flashlight in every corner of our interrogation room, though we haven’t used it in months. I swear that when I turn away from the ominous darkness, the screams of the men that we’ve interrogated echo behind me.

We should move this room. It’s not hidden well enough.

I even walk back to my office and scan security footage. I see nothing, and almost get up to leave, when a shadow crosses my vision. Someone’s awake, moving. I turn back to the screen. It’s one from my private home.

I squint at the image. It’s a shadow of a woman. I look more closely and breathe out a sigh of relief.

It’s only Taara. Of course.

When Taara’s mother could no longer fill the task as housekeeper and personal assistant, I hired Taara. I like keeping non-Bratva employees within the same family when possible, and Taara is the most attentive assistant one could have.

My worries forgotten momentarily, I sit back in my chair and watch her. It soothes me, and for a moment, I forget my troubles. She’s in the kitchen, wiping down the counters, but she must have some type of music playing in the background, for the girl is dancing like no-one’s watching. She knows I have cameras trained on every inch of our property, but I think she either forgets sometimes or no longer cares.

I watch in rapt fascination as she sways her hips and skips to a beat I can’t hear. And hell, it’s the most beautiful thing I’ve ever seen.

Born a Russian refugee, Afghani blood runs in her veins. With her exotic dark skin and thick, straight black hair she reminds me of a foreign princess. It’s easy enough to imagine her swathed in magenta, her head covered in a traditional chador.

If she were mine, I’d dress her in a burka. I’d cover every inch of her stunning beauty.

My phone rings, shaking me out of my reverie. I don’t know what the fuck is wrong with me, letting my mind wander like that. Taara is young enough to be my daughter, and she’s my employee. I heave a sigh.

It’s been way too long since I’ve had a woman warm my bed. I’ll have to do something about that before I make a decision I fucking regret.

I glance at the image of Taara one more time as I answer my phone.

Nicolai. He never calls me this late. He should be at home with his expectant wife. I scowl at the screen.

“Nicolai.” My gut instinct tells me this is the call that brings the cadence of Bratva life back into full swing. “What is it?”

“Tonight, Marissa went shopping with Laina. The plan was for them to stay at a local hotel, as we’re several hours away from home.”

I wait for the other shoe to drop.

“They were attacked in the parking lot.”

“Jesus.” I’m on my feet, willing myself to be patient, to hear the rest of the story before I act. “Are they alright?”

“Yes. They had three men on them, and what their assailant didn’t realize was that I was one of them.”

Of course. He’s training one of our youngest new recruits. I wait to hear more details.

His voice is hard, the tone he gets before he’s about to make a ruthless, irrevocable decision. I hear a muffled voice in the background, a hard thump, then silence.

I watch Taara spin and swirl on the screen in front of me in rhythmic circles. So pretty. So innocent. In such contrast to the violent world outside her door.

“I do. He’s one of the fucking traitors that worked with Myron.”

“Christ.” Myron, Marissa’s father, would have been Nicolai’s father-in-law. Several years back, he sold his daughter into slavery to pay off a debt. Nicolai systematically tracked down every fucking traitor who worked with Myron and eliminated them so none would pose a possible threat to his wife. Or so he thought.

“I was under the impression you got all of them.”

“So did I. I wouldn’t have settled until I did. But he’s said enough that it’s obvious. He’s said way too much.”

“Are Marissa and Laina taken care of?”

“Yeah. I secured Marissa and Laina. Now I’m heading home with this motherfucker.”

I swallow hard. I don’t want another man’s blood on my son’s hand. Not again. “I’ll be waiting. I’ll deal with him for you.”

Taara puts the broom away, then comes back to the kitchen with a rag, wiping down the counters and appliances. I didn’t know she did this at night, but it makes sense. She keeps my home impeccable.

I don’t like having this conversation with Nicolai while Taara is right there. Though she can’t hear me, and isn’t privy to our conversation, it feels wrong. I want to keep her safe, and well insulated against any threat that could harm her.

“No. I know why you’re offering, but I can’t allow it. If I’m to take over as pakhan, you need to allow me to do this.” He takes in a deep breath, and I feel a sense of pride rise in me at my son’s words, despite my desire to keep his hands clean of this. “And anyway, this is my battle to fight.”

When the time comes, he’ll be ready to assume the role of pakhan.

I nod even though he can’t see me. “Where are you?”

“On the road, and I’ll be home in a few hours, but once I arrive, I’d like you to give me time with him before you join me.”

I automatically nod again. He wants to be sure no one else is implicated before he kills him.

Neither of us will sleep tonight.

I hang up the phone, staring unseeingly at the dancing girl on the monitor. I don’t want her to suspect anything’s awry. I’ll go back to my home and spend the next hour doing what I normally do, my evening ritual. I’ll let her think I’ve gone to bed.

Then I’ll join my son and witness the execution. 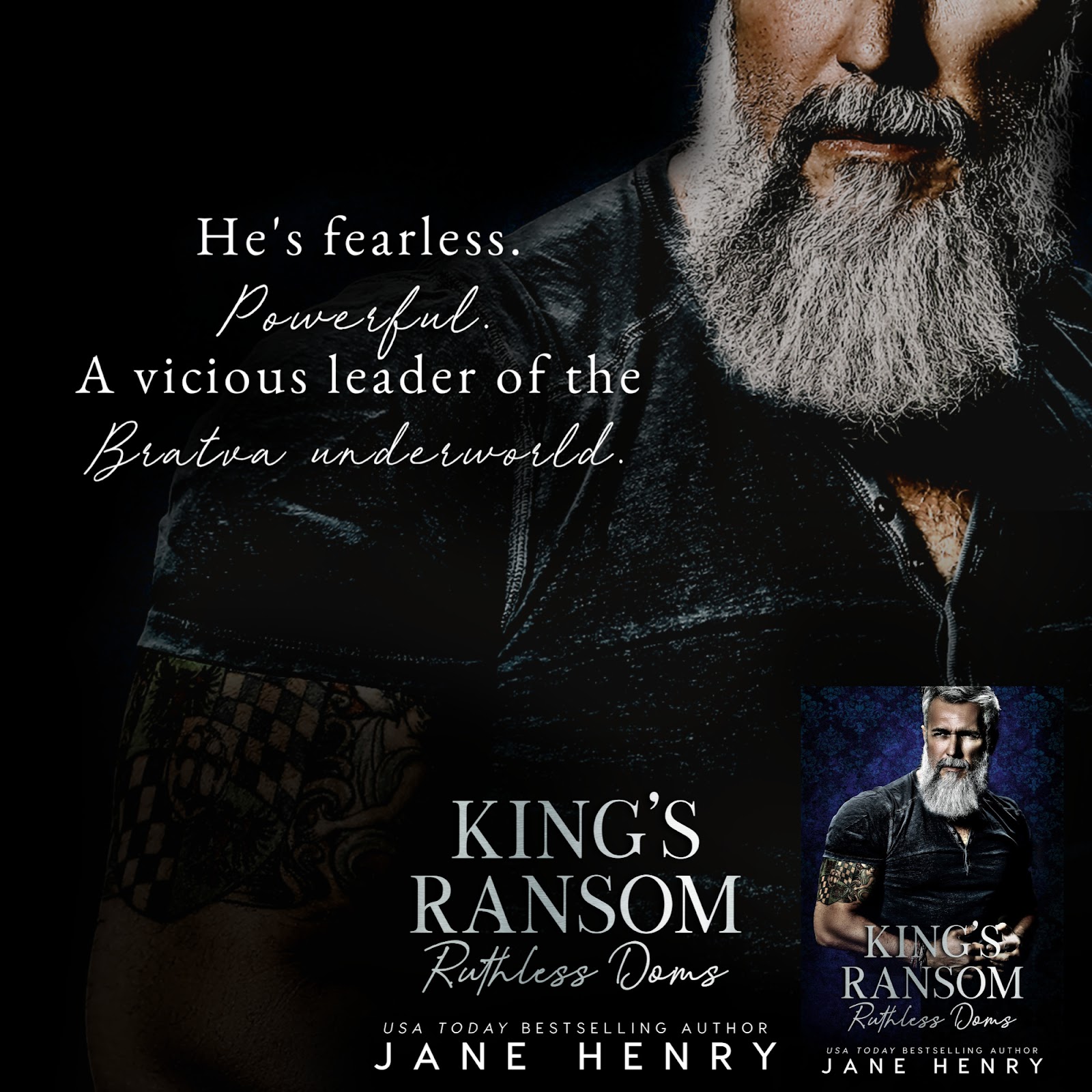 USA Today bestselling author Jane Henry pens stern but loving alpha heroes, feisty heroines, and emotion-driven happily-ever-afters. She writes what she loves to read: kink with a tender touch. Jane is a hopeless romantic who lives on the East Coast with a houseful of children and her very own Prince Charming.
Connect with Jane at http://janehenryromance.com
Web – Facebook – Goodreads– Instagram