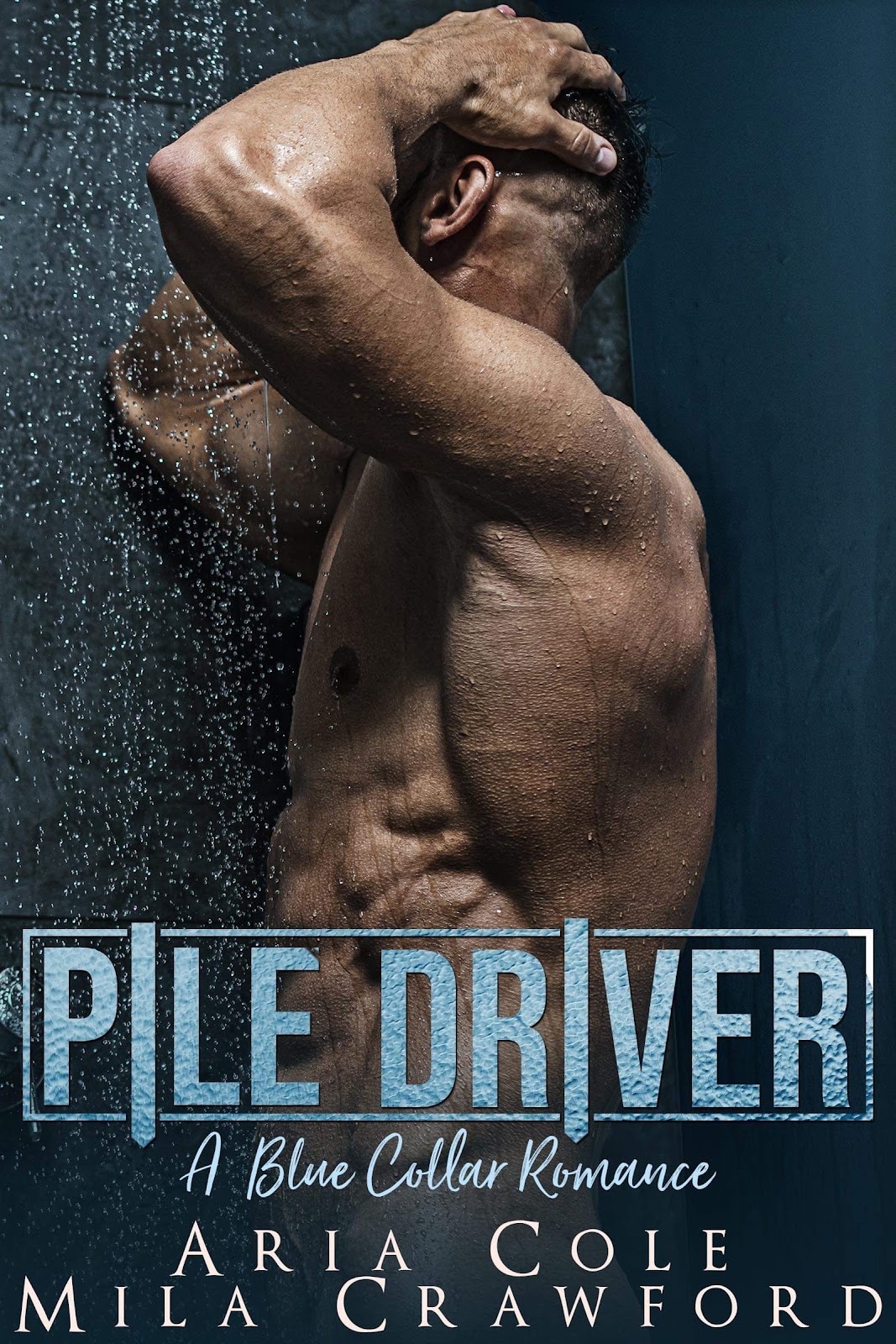 Daphne Madden finds herself trying to make ends meet by working at the local bar in the evenings, and picking up extra shifts at the coffee shop during the day. Because of her schedule, it leaves her without much time for luxuries like dating or a social life. When a customer gets handsy with her one night, an unlikely stranger comes to her rescue.
It was only supposed to be drinks with his construction crew after a hard day on the job site. But Arkin Broderick finds himself helping a feisty waitress instead. His overwhelming need to protect her leaves him mystified and craving more.
Neither of them were looking for love, but like lightning in the darkness, sometimes it shows up when it’s least expected. But no matter how perfect things seem, the past always has a way of coming back and making itself known.

“Look at the ass on her. I swear if I could just get her alone for five minutes…”

“You’d what?” I took another deep swig of my beer. “Talk her pants off with your charming personality?”

I finished my beer, nodding to the server in question to get our table another round.

“Hey, I boil my ass off in the heat all day. A man needs a girl like that to come home to.” The newest guy on our crew wasn’t leaving me with a stellar first impression. As the foreman, I liked to get to know the guys I worked with, so usually I liked to take them out after work so we could blow off some steam and unwind.

“You gonna take her home to your double wide?” I laughed. “That place is such a fucking mess. A girl like that would take one look at it and run for the hills.”

Josh ignored me, eyes lingering on the curves of the young waitress. “Look at her, bending over for that bottle. She’s giving me a show, boys.”

I only shook my head. I couldn’t stand a guy who wore his stereotype on his sleeve. Cat-calling women wasn’t allowed on my crew—never was, never will be.

“Last round, and we should be heading out—dawn comes early if we want to try to beat the heat tomorrow.” My mind was still fiddling with the details of our latest job, preparing and laying the groundwork for a new business going in on the same block as this fine drinking establishment.

The server approached, our tray of half a dozen beers teetering precariously on her palm. Her eyes were trained on the tray, a look of adorable focus on her face as she weaved through the tables to reach ours. “Here you are, gentlemen.”

She quickly set the beers at the table, scanning us once, eyes lingering on me before she finally asked, “Anything else I can get you?”

I smiled casually, about to thank her for her time and request the check, when Josh, out of nowhere, spat, “Just your phone number, baby.”

Glass shattered on the ground.

Oh no, that motherfucker better have not done something.

The server’s formerly friendly face twisted into one of shock and then shame. She turned, hand sliding across her ass cheek in just the spot I imagined Josh’s big, burly fucking hand had landed.

He was already high-fiving one of the other guys, laughing as she walked away.

And I was already seeing red.

I jumped from my seat, sending the chair clattering across the floor behind me. My hands at his neck, I hauled him out of his seat—because no man would hit another man while he was sitting down—and cracked him across the head.

“You’re off my crew, you filthy fucking pig.” I shoved him down the narrow aisle between the rows of half-drunk customers. “You’d better hope I don’t catch you talkin’ to a woman like that again, or I’ll put your punk ass in the hospital.”

“Fuck you, Arkin. I hate being on your crew anyway,” Josh said as he rubbed his neck, eyes boring a hole into mine before he turned, shoving his way through the doors and walking off into the night.

“So…” One of the other guys lifted a beer to his lips and paused. “Does this make you a feminist now?”

The table hummed silently, the air charged with my irritation. “You have mothers, don’t you? Sisters? You want any asshole treating them like that? Now pardon me, boys. I’ve got to apologize to that young lady on behalf of that animal.”

I left my beer and crew in the dust, beelining through the crowd in search of the embarrassed woman my former employee had just run off.

“Excuse me,” I said with a nod, swerving around another young server before turning down a hallway and catching sight of a pair of red Chuck Taylor sneakers behind a curtain.

“Phoning a friend for backup in here?” I snuck behind the curtain, hiding in the old-fashioned phone booth with her. Her eyes were startled and teary as she looked up at me. I dropped the curtain, shrouding us in darkness again, only a sliver of light illuminating her sad, tear-stained cheeks.

“Hey, I can’t tell you how sorry I am about that asshat.”

My words hung heavy between us.

I swallowed, measuring my next words, wishing she’d make this a little easier on me. I didn’t have a lot of experience with things like women and emotions.

“I, uh…” I stumbled for some way I could console her. “I don’t take well to men treating women like that. Not on the job, and not off.” I paused, swallowing down the urge to push a rogue strand of dark hair behind her ear. “I fired him.”

Her eyes slid up to meet mine under heavy eyelashes then. Something about us being crammed up in this little space together had me wanting to…protect her in some way. Shroud her from every fucking idiot in this bar.

I imagined walking at her side, arm cradling her nice and close to me, slaying all the dragons for her.

“I told him if I saw him treat a woman like that again, I’d leave him with a one-way ticket to the emergency room.” I shifted, thinking what a terrible idea it’d been that I ducked behind this curtain at all. She didn’t want a big annoying bastard like me around her.

“I just wanted you to know that. Hopefully I ran him off for good.” I pushed the curtain aside. “I’ll leave you to your space now. I just wanted to apologize on behalf of—”

“What if he comes back?” she spat fiercely.

“What?” I asked, too rattled by the sound of her soft fierceness to even register her question.

“What is he’s out there right now, waiting for me to get off my shift? Or tomorrow night? What then?”

I stood a little, stumped, before ducking back behind the curtain with her. “I’ll leave you my number. You can use it day or night if you—”

“Right, like my own personal bodyguard?” She shook her head, wiping her tears. “Sounds like a great pickup line. Ya know, you construction workers are all the same.”

“Is that so?” My voice dropped an octave, suddenly very interested in whatever this woman was saying. “Care to tell me how I’m the same as that fucker who just grabbed your ass?”

“Because.” She crossed her arms, taking a step closer to me. “You’re trying to leave me with your phone number. You’re all pigs.”

“Oh yeah?” I couldn’t think beyond proving her wrong, whatever it took.

“Yeah.” She edged closer, arms brushing across the wide wall of my chest. “Every last one of you.”

Just as the thought was runnin’ through my mind that I should prove her right and pull her into my arms and kiss her senseless, she did the opposite, tossing me the middle finger and then doing the damn unthinkable and pushing through the curtain before walking off.

“Well, sonuvabitch.” I thrust a hand over my day-old beard, leaving that crowded little phone booth more confused than I’d entered it. “So much for makin’ things right.”

I walked off down the hall, waving at the boys once as I passed, not bothering to stop to tell them I was done for the night. Pushing into the clear night air, I scanned the crowded parking lot once for Josh, making sure he’d left like I’d told him to.

Then I slid behind the wheel of my truck to wait. If there was any chance in hell that no-good piece of shit was coming back to fuck with her again, I’d be here for it.

And then he’d regret the day he was born.

Wow, what a hot little read this was! If you’re after a quick read that’s got a really hot protective alpha type that gets really dirty in the bedroom then this is a read for you!

Arkin is the foreman and owner of a construction business, he was brought up with manners and to treat women right. When a co-worker gets a bit handsy and mouthy with a barmaid, Daphne, Arkin sees red and jumps to her defence. They have an instant attraction to each other, neither of which has much experience dating, both virgins in fact, but their attraction can’t be denied.

Sweet and charming Arkin turns hot and dirty in the bedroom and Daphne can’t get enough!

But the sins from both their pasts catch up with them as Daphne goes to meet his Mum for the first time and spots a family photo which has her running away.

A fab little read, sexy and full of heart, with a twist in the tale that you don’t expect.

Mila Crawford
Mila Crawford is a book lover and has been around them one way or another her whole life. She is a fan of happily ever afters, sassy heroines, over the top alphas, and most of all safe reads.
Facebook  Newsletter Goodreads  Instagram Amazon
Aria Cole
Aria Cole is a thirty-something housewife who once felt bad for reading dirty books late at night, until she decided to write her own. Possessive alpha men and the sassy heroines who love them are common, along with a healthy dose of irresistible insta-love and happily ever afters so sweet your teeth may ache.
For a safe, off-the-charts HOT, and always HEA story that doesn’t take a lifetime to read, get lost in an Aria Cole book!
Follow Aria on Amazon for new release updates, or stalk her on Facebook and Twitter to see which daring book boyfriend she’s writing next!
Sign up to get a NEW RELEASE ALERT from me! http://eepurl.com/ccGnRX
Twitter  Facebook  Goodreads  Instagram Amazon