“This series keeps getting better. I thought book 1 was good but book two was even better.” Tonya Peterson, Goodreads ★★★★★

“This is the first book that I have read by Kenzie Macallan but hopefully it won’t be the last, this is an unusual story but in a good way. This is an enjoyable action-packed story that twists and turns.” TrishAM, Goodreads ★★★★★ 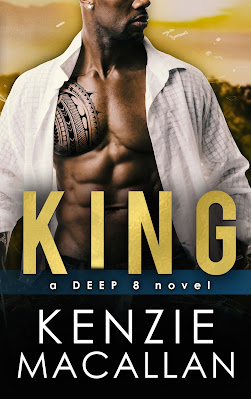 She’s a hacker turned agent. He will become king to a diamond empire. Can two unlikely lovers survive a sinister conspiracy?
Former MI-6 agent Beck McKenzie needs a fresh start. So after his break-up, he takes an assignment in Zambia to connect with his long lost family. But when lies about his past begin to unravel, he’s determined to find out who is trying to kill him.
World renowned hacker Pippa Stevens lives life on the edge. So as a newly recruited agent, she jumps at the chance to investigate suspicious activity at an African diamond company. But when she discovers the truth behind the lab-created diamonds, she must move forward on a deadly mission despite Beck’s protest.
As Beck uncovers the betrayal of those around him, he fights his attraction to Pippa. And when the sins of his brother comes to light, he must protect her at all costs, so history doesn’t repeat itself.
Can Beck and Pippa uncover the truth about the diamonds and to find their way to true love?
KING is the second book in the riveting Deep 8 romantic suspense series. If you like steamy scenes, exotic locations, and enemies-to-lovers romance, then you’ll love Kenzie Macallan’s captivating tale.
Buy KING to claim your empire today!
*This book can be read as a stand alone.

Sleep didn’t come to me last night. Images and memories I have no connections to swirl around in my head. This house must be triggering the past, bringing back memories of being here as a child. My parents remain as ghosts in my world. I remember faces I don’t recognize. Wafiq’s reaction to me was mixed with ambivalence and concern, but Sabeen greeted me with open arms. She’s warm and sincere, wearing her heart on her sleeve, a contrast to her brother. My biggest question remains, why did they give me up for adoption and why has Katoo contacted me with an urgent matter?

My phone rings with Neil McFadden’s special ringtone from my secure line. I like to know who’s calling before answering it so I can prepare for the unexpected.

“Neil, what can I do for you?” My former boss from Scotland Yard is working with my security company to track down a group called Deep 8.

“I see you made it to Mubala. I couldn’t get a hold of you yesterday.” His tone is edged with irritation.

I smile to myself. There’s nothing worse than an agent being in the wind, even though I work off book for him. “Zambia isn’t exactly known for its cell service. Besides having an interesting family reunion, what am I looking for here? You said this was our next mission.”

“I’m sure you’re aware of the Chinese presence in Zambia. Their influence and sale of military weapons to the Zambian government is not a secret. They make quite a spectacle.”

“Yes, we encountered one of their imitation handguns during an unsuccessful assassination attempt.” It’s another day at the office with shop talk.

I hear him mumble, “Are you aware of the emerald and diamond trade in Zambia?” He doesn’t ask about the assassination attempt because it’s been foiled.

The word diamond brings my thoughts back to Taylor, but it evaporates quickly. For whatever reason, she wasn’t the woman I needed. She was a season with a reason and right now, I’m not interested in a lifetime. I need to get my shit together.

Kenzie lives with her husband in New England and is a huge dog lover. She has been fortunate enough to travel all over the world to places like Africa, Greece, Switzerland, Holland, France, England and, of course, Scotland. Edinburgh is one of her favorite places.
It’s all led to an overactive imagination. Creativity seems to be part of her soul as she paints portraits, takes photographs, and bakes. Cooking seems to elude her, but she loves to garden and work out!
They have all added to her storytelling especially when writing about strong women and alpha men. She looks forward to adding to her adventures with her readers.
She loves to hear from her fans.
Join her newsletter for cover reveals, new books, deals, and giveaways.
You can find her on: 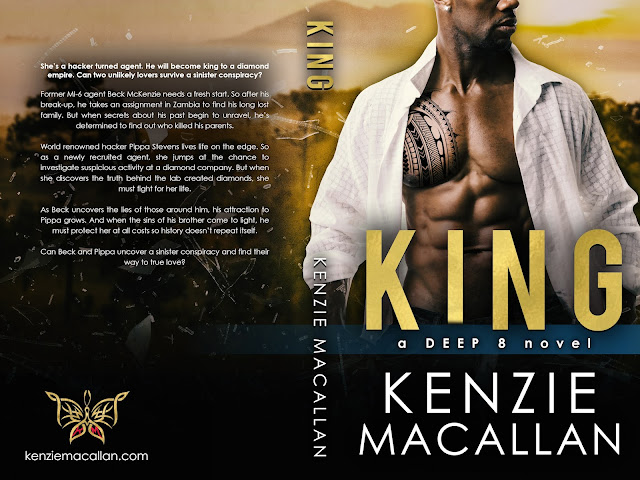