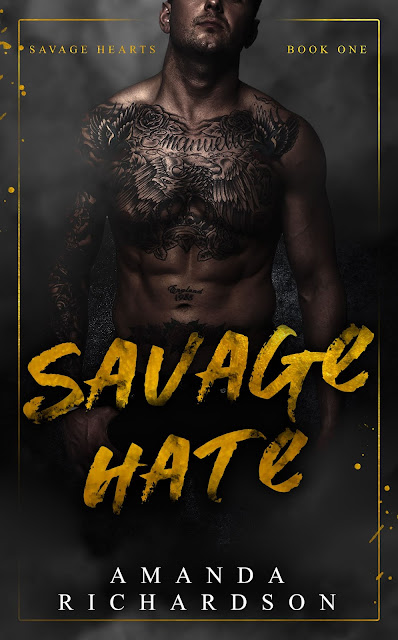 Title: Savage Hate
Series: Savage Hearts #1
Author: Amanda Richardson
Genre: Reverse Harem Bully Romance
Cover Design: Pretty in Ink Creations
Release Date: December 28, 2021
BLURB
There are three names that have haunted me for ten years.
Silas, Damon, Jude.
I never wanted to come back to Greythorn, MA. And I never thought I’d see Silas Huxley, Damon Brooks, or Jude Vanderbilt again—especially not after what happened.
But here they are, in all of their grown, badass glory—brutal, tatted, muscular, and no longer the boys I knew in high school—the boys I bullied relentlessly.
I made their life a living hell back then, so they plan on making my life a living hell now.
They’re out for blood—my blood. Their ruthless thirst for revenge turns my skin to ice, and I soon discover just how savage and hateful they are.
But despite popular opinion, my life was never full of butterflies and sunshine. I’ve endured a hell of a lot worse than what they plan to do to me.
They may think I’m back in Greythorn with my tail between my legs, all battered and bruised—but what they’ve forgotten is that I am the original Queen of Ravenwood.
And I refuse to be dethroned.
Savage Hate is full-length enemies-to-lovers reverse harem romance. It is book one of the Savage Hearts series, and while it doesn’t end with a true cliffhanger, there will be unanswered questions. Book two will be releasing on February 15, 2022. It is advised to read them in order. *Please note Savage Hate contains explicit language, bullying, needles, and violence. There are flashbacks of abuse/trauma. The series will have a HEA.
ADD TO GOODREADS 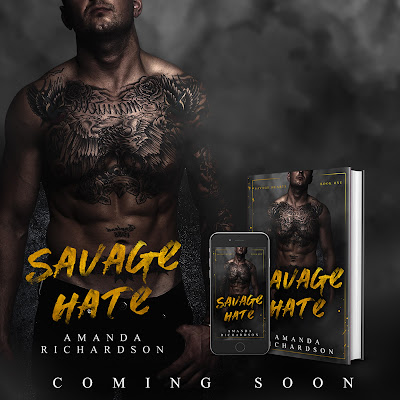 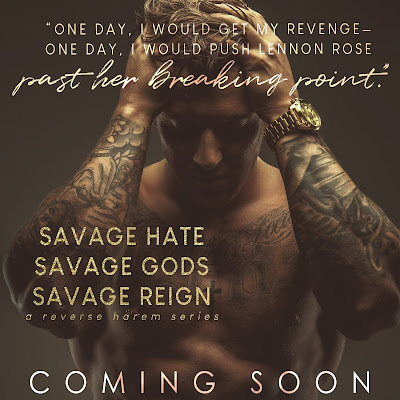 EXCERPT
He rubs my collarbone for several seconds, the cold antibacterial wipe causing goosebumps to erupt everywhere. And then he blows cool air on that sensitive, wet part of me, and I nearly jump out of my seat.
“Whoa, there,” he purrs, and I ignore it–all of it.
The way his voice is low and velvety, the smell of his skin and the rubber of the gloves, the way his fingers keep brushing that part of my collarbone–and the way that I can hear him breathing.
“Buckle up,” he says quietly, and I hiss as the needle hits my skin.
“Ow,” I whine, and Damon and Jude chuckle in the background. “Oh, you’re one to talk, Jude,” I mutter, and I hear Damon cover his laugh with a cough. “Let’s see all of your tattoos,” I add, feeling very high and mighty.
“Oh, I have tattoos, Lennon,” he utters, his voice low and sensuous. “If you’re lucky, maybe I’ll let you see them up close.”
I squeeze my legs together, and somehow, I’m imagining his… thing. He has tattoos down… there? What are they? Why there? What do they look like?
Silas is gentle enough, and the burning sensation of the needle gives way to a tickling one–and I grind my jaw to keep from making any noises. Not noises of pain–just… noises. It feels like my skin is on fire in the best way possible. I squirm in my chair, trying to get rid of the tension building up. I want to scream, and it’s starting to feel really good.
“Nearly done,” Silas says slowly, and in some sick, twisted way, I am disappointed with that fact. “You did well,” he adds lightly, and I hear him turn the gun off. I open my eyes, squinting at the brightness of the light above us.
“It looks so much more painful in the movies,” I say, my hands shaking with adrenaline. I feel like I could run a thousand miles. “That was… incredible.”
I can’t stop smiling, and Silas dabs my sore collarbone a few times. I see him wipe it down one more time, and then he takes some antibiotic ointment. I try not to moan as his fingers lightly dab the sore area. Why am I having this reaction? It’s almost like I’m… turned on. He opens a bandage and places it over the ink. I assume he chose a horrendous font for bully, and I have zero desire to actually see it, so I let him cover it up without looking.
“Keep this on for twelve hours,” he says slowly, moving my chair to a seated position. “After twelve hours, wash with antibacterial soap three times a day, and follow up with fragrance-free lotion.” He furrows his brows. “And do not pick at it when it scabs over.”
I nod, trying to remember the instructions. “Okay, sure.” I look down at the bandage. “Is it… horrible?”
He snaps his gloves off and discards them, crossing his arms. I ignore the way it pushes his muscles up and out, or the way his ink looks against his black t-shirt, contrasting with his golden skin.
“It’s exactly what I would’ve chosen for you.”
I digest his words for a few seconds, and his eyes don’t leave mine. “Oh… so, that bad, huh?”
He smirks. “Just be patient and don’t peek until tomorrow.”
I nod and stand, all of a sudden feeling slightly woozy. Silas reaches a hand out and helps me balance myself.
“The adrenaline will trick you,” he murmurs, low enough for only me to hear. “It’ll make you want to run and scream and fuck, all at the same time.”
Lord, the way he says fuck–
“Emphasis on the fucking,” he adds, and I swallow as my heart thumps against my ribs. 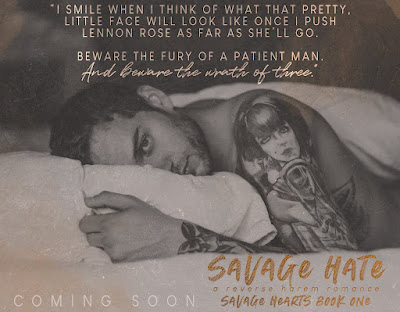 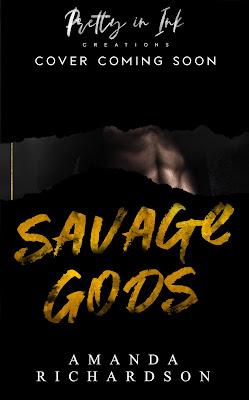 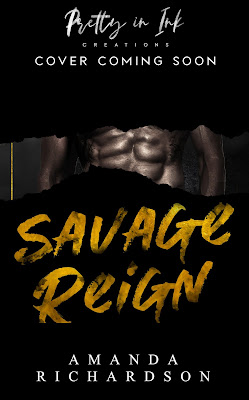 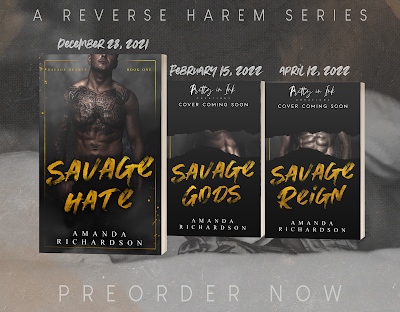 AUTHOR BIO
Amanda Richardson writes from her chaotic dining room table in Los Angeles, often distracted by her husband and two adorable sons. When she’s not writing contemporary and dark, twisted romance, she enjoys coffee (a little too much) and collecting house plants like they’re going out of style.
AUTHOR LINKS
FACEBOOK
INSTAGRAM
BOOKBUB
NEWSLETTER
WEBSITE 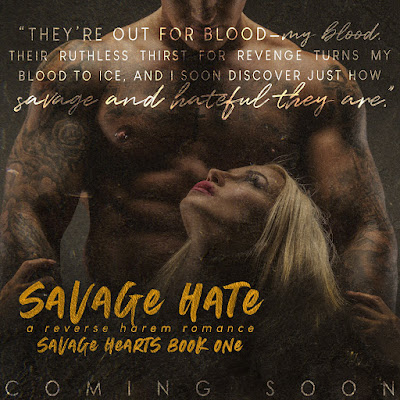