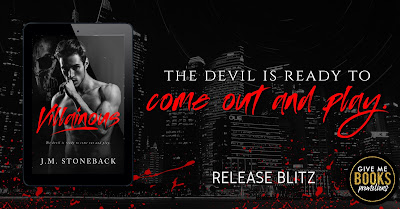 Title: Villainous
Series: Villain Collection #2
Author: J.M. Stoneback
Genre: Dark Mafia Romance
Release Date: November 17, 2021
BLURB
I’ve been on the run from my worst nightmare for ten years.
My rules are simple.
Keep my head down and don’t draw any attention to myself.
In hopes that he won’t find me.
But he does.
The most notorious mafia underboss, Aiden “Villainous” Vitali, wants answers on why I left him without a word.
If I refuse to tell him why, then he’ll kill me.
The choice is mine.
Talk or die.
ADD TO GOODREADS 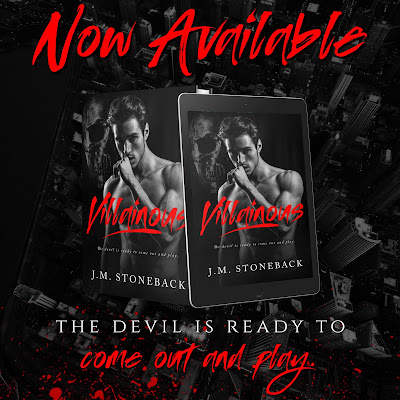 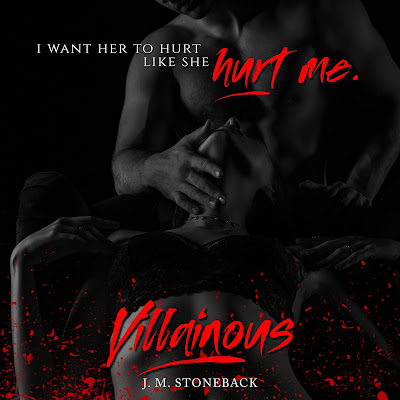 I pull away from him, turning my head. I hope he won’t feed off my emotion and use them against me.
“You keep breaking my heart.”
He places his hands on my waist, and his gaze meets mine. His eyes are intense, and sadness engulfs them. This is the first time he’s shown me how broken he was about our breakup. Normally I’m greeted with anger and bitterness, but now his eyes dance with loneliness. “You broke my heart a long time ago, so now we’re even.”
His words slide over to my heart and squeeze. Hearing him saying it with such sorrow cuts me deep to the bone.
“Are we really?”
“No. Open your legs wide for me,” he demands.
I’m tired of us playing this game with each other and ignoring each other’s needs. He needs to feel like someone cares about him, but how can I give it to him when he keeps pushing me away and hurting me?
I do what he says. He slides his finger inside of me and pulls out, licking it clean. My wetness leaks down on the metal table, and my nipples become erect and hard.
“How many men were there after me? How many men fucked my pussy?” he demands, sliding his finger back inside of me again, and he places his thumb on my clit, rubbing slowly. Sucking in my breath, I grip the table hard until my knuckles turn a light pink, and my heart rate continues to race as my clit becomes sensitive. I bite down on my lip, keeping from moaning.
I slept with a lot of guys to get over Villainous—to feel the void of leaving him, to feel the emptiness of my life—and I never took them seriously because I had no intentions of being with them long or building a life with them. Except with Chuck, but now I know that was a lie.
“You see…”
“Don’t fucking lie to me,” he growls.
My pussy contracts around him as the muscles in my feet spasm, and I come so hard that my skin flushes.
“A-a lot,” I say, feeling dreamlike.
His shoulders sag, and hurt flashes across his face. He unbuckles his belt and unzips his dress pants, whipping out his dick.
“Turn around and bend over the table,” he murmurs against my ear.
I jump up from the table and do as he says. He grips my ass cheeks and slides my pussy on his dick, and he sighs and curses under his breath.
“Did they make you feel alive like you do now?”
“No. No one has ever made me feel as alive as you do.”
He thrusts into me hard, driving me wild, and my eyes roll to the back of my head.
“Did you think of me at all when you were with those other guys?”
“Yes. They could never measure up to you,” I answer honestly.
I tried to use every man I slept with to get over him. To forget the pain of leaving him and loving him.
I turn to look back at him, and rage swims in the depths of his eyes. He thrusts harder, as if he’s taking his anger out on me for sleeping with them.
“Are you jealous that I was with other men?” I ask.
“What the fuck do you think? The thought of another man fucking you makes me…”
He thrusts harder, rocking the table, and my stomach hurts against the metal.
“I want the names of every guy you ever fucked.”
“Why?” I moan, placing my fingers over his gigantic hand.
He yanks my hair hard, then slaps my ass. “So I can kill all of them. You know I’ve been more creative with my killing since we’ve been apart.” 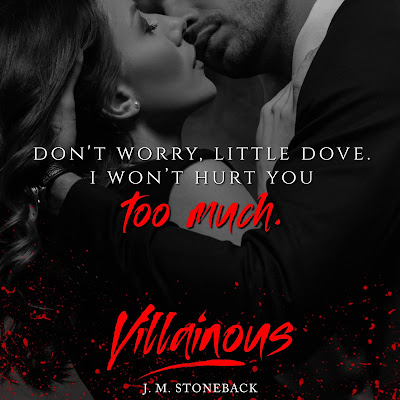 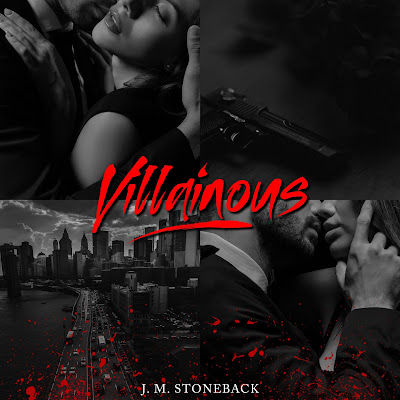 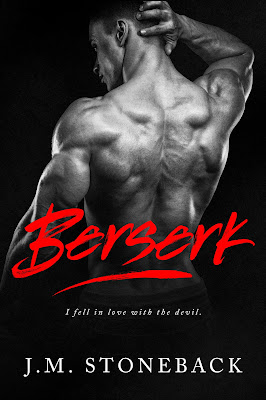 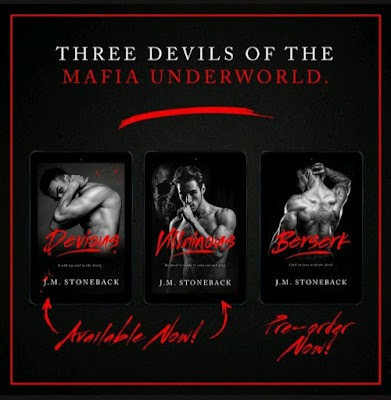 AUTHOR BIO
J.M. writes
contemporary and dark mafia romance. She lives in Georgia, with her three boys
and her husband. Her hobbies consist of reading, playing video games, and
spending time with her family. 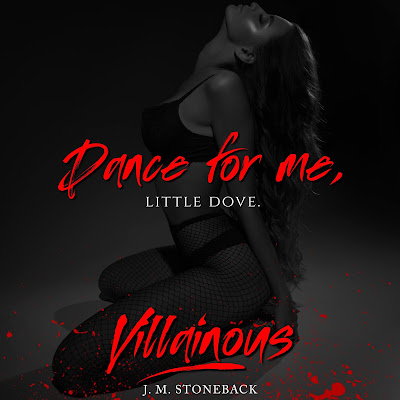