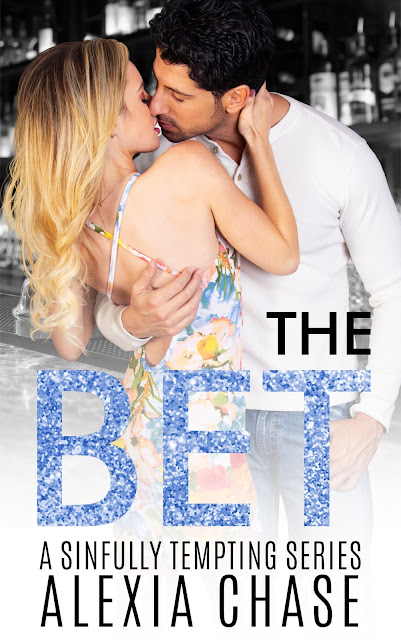 THE BET
Can the taste of her treats tempt her best friend’s brother?
Chloe
Not those kinds of treats! Okay… well… maybe those too.
See…. I’m a baker. A damn good one too. A sweet one…. see the irony? Except, my jerk of an ex-boyfriend made a $500 bet to pluck my cherry (and not the pastry kind).
I’m not so sweet now because I’m out for revenge. And I’ve got just the perfect hot fireman in mind…. my best friend’s brother.
Rich
She’s my sister’s best friend. That’s a no-go, right? Not to mention I’m not good enough for sugar that sweet.
But now her sweet just got a little spicey with her plot for revenge.
A few fake dates lead to kisses that threaten to burn down the kitchen.
And now I’m obsessed with baked goods and the woman who makes them.
But can my spicey and her sweet mix?
Told in dual povs, The Bet is a standalone fiery best friend’s brother contemporary romance part of Alexia Chase’s Sinfully Addictive World.
ADD TO GOODREADS 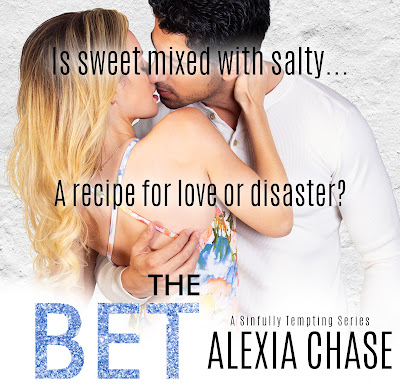 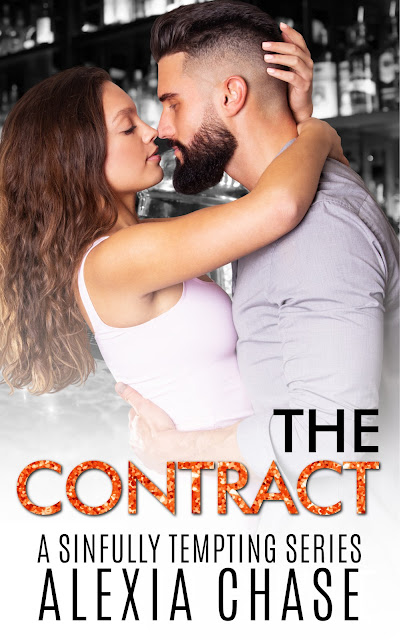 THE CONTRACT
Can a football player win on and off the field?
Jenna
My brother’s best friend. He was my first love…. and my first heartbreak.
After my high school graduation, his pickup was our Hilton. Everything was perfect…. or so I thought. Until the prick told his friends that I was a lousy lay.
He can go screw himself.
Tony
I’m the guy who had it all…. for one night. And then I lost her with no explanation. Not just lost her, she hates me now.
So, I fought back with indifference until an argument between us went viral, and the next thing I knew we were stuck together until my next contract is signed.
Good thing I’m not going to fall for our fake engagement. Famous last words.
Told in dual pov’s. The Contract is a standalone enemies-to-lovers romance set in the Alexia Chase’s Sinfully Addictive World.
ADD TO GOODREADS 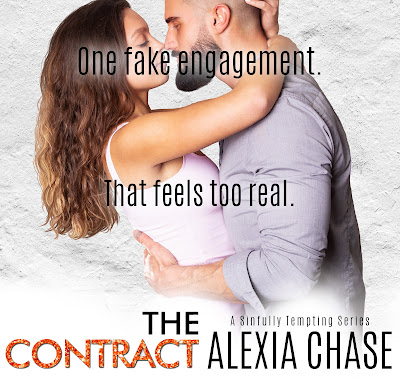 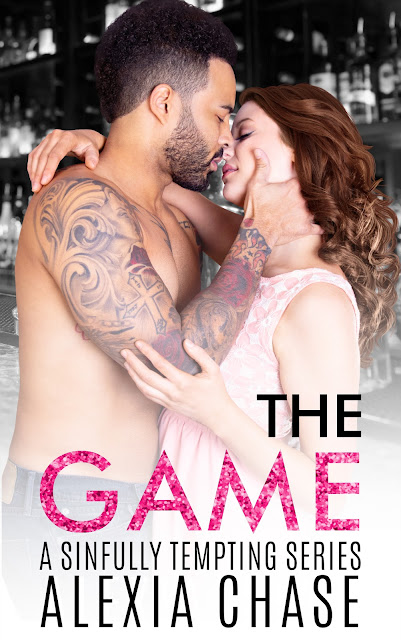 THE GAME
Can a quarterback put the game on the sidelines for love?
Dani
I don’t date football players. Been there, done that, WAY over it. Considering I’m around players all day as a trainer, you’d think that would be hard. But heck, after my ex trashed my self-esteem, I don’t date at all. I’m just here to prepare football players for game day.
Gunner
I live for game day. No distractions, including sex. I’ve got my eye on the prize, and it’s not the kind between the sheets.
I need someone to keep the crazies away, and Dani is the perfect woman for the job…. until our fake date goes a little too well.
Now, I want it all. But I was one play away from the big dance last year. I can’t have both dreams, can I?
Told in dual pov’s, The Game is a standalone flirty, fun, and little spicy contemporary romance set in the Alexia Chase’s Sinfully Addictive World.
ADD TO GOODREADS 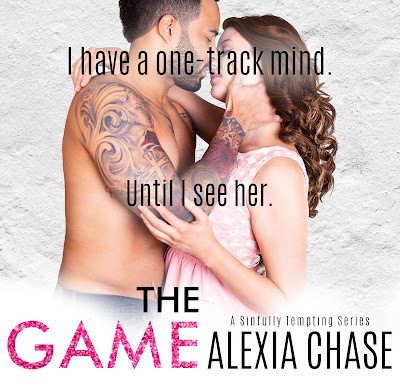 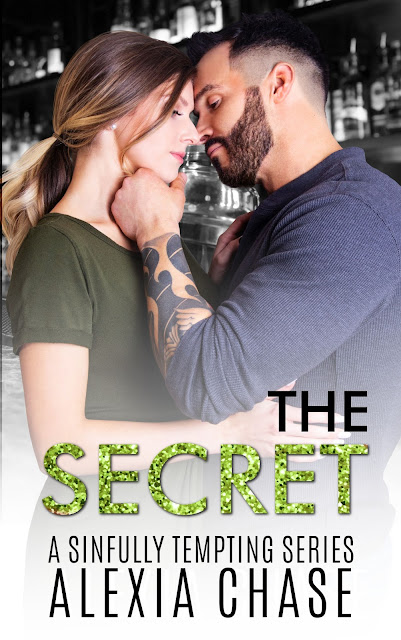 THE SECRET
Can a big city girl love some country?
Ashley
When I catch my first glimpse of the big belt-buckle toting, lifted pickup truck driving football player, his mouth rubs me the wrong way. Okay, his smart mouth rubs my brain the wrong way. The rest of me likes him just fine.
But as the new team dietician, I can’t mix business with pleasure. Besides, I’m all city and he’s all country. We can’t mix, right?
Dillon
The second I set my eyes on the pencil skirt wearing, too-good-for-me pixie, I’m intrigued. She thinks we have nothing in common.
It’s my mission to prove her wrong. In all the right ways.
Too bad there are a couple of things standing in the way…. or are they?
Why do secrets make it so much hotter?
Told in dual pov’s, The Secret is a standalone opposites-attract, forbidden contemporary romance set in the Alexia Chase’s Sinfully Addictive World.
ADD TO GOODREADS 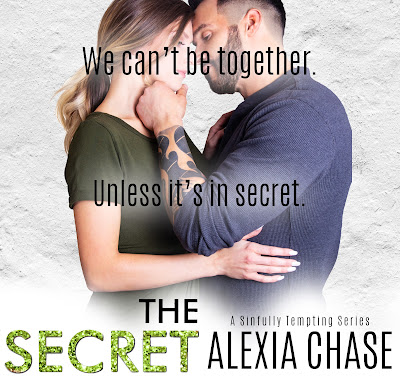 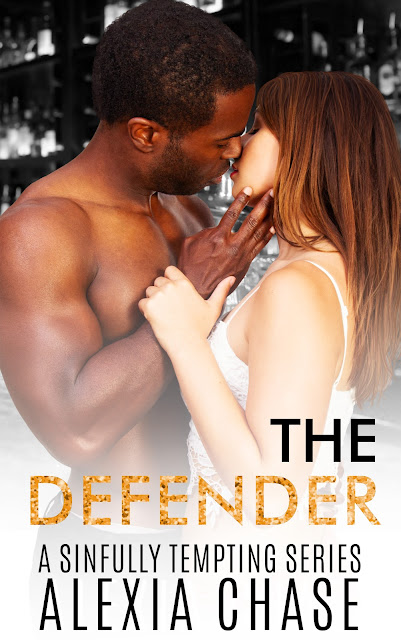 THE DEFENDER
Can the football player be the one his best friend’s sister needs?
Veronica
My ex-husband was a controlling and abusive piece of…. You get the point. I was lucky I escaped with my daughter, Joselyn, vowing she’ll never experience the kind of life he gave.
Now that I’m free, I only see one man – my brother’s best friend. But he wouldn’t notice me if I bent over in front of him with my ass in the air. I should know, I tried it.
Devin
I play offense, ironic, really, because I’d die defending my best friend’s sister and her little girl. But that’s all I can do because I’m not good enough for the two of them as anything more, no matter how much I want that. My biological father has spent his life in and out of prison, and my mom was killed when I was a teen.
Veronica is finally free, but she doesn’t need that kind of baggage.
But when Veronica’s ex comes around, maybe my kind of baggage is just what she needs. I’ll destroy myself defending them.
Told in dual pov’s, The Defender is a standalone wounded hero, best friend’s sister romance set in the Alexia Chase Sinfully Addictive World.
ADD TO GOODREADS 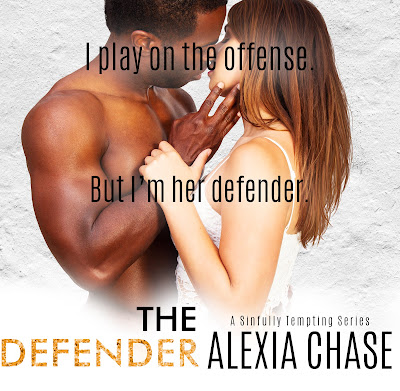 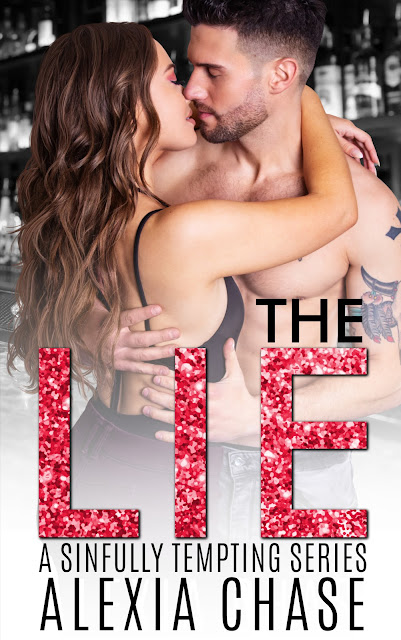 THE LIE
Can the football player score her heart when neither knows just who the players are?
Autumn
New town, new job, new shoes…. new lies.
I’m tired of being the good girl my dad expects me to be. He has no idea I’m waitressing at a bar. So when a sexy stranger saves me from a handsy drunk, I don’t tell him who I am.
Jeremiah
I’m a player. Correction. I’m a player on the field and an ex-player in the sheets. Too bad my reputation proceeds me because my friends are making the settled down life sound darn good right now.
So when I save a sweet – and hot – girl who doesn’t know who I am, I don’t tell her. For once, I’m not the player everyone thinks I am.
Turns out I’m not the only one lying about who I am….and the worst part? My coach is going to destroy me.
Told in dual pov’s, The Lie is a standalone insta-attraction, forbidden contemporary romance set in the Alexia Chase’s Sinfully Addictive World.
ADD TO GOODREADS 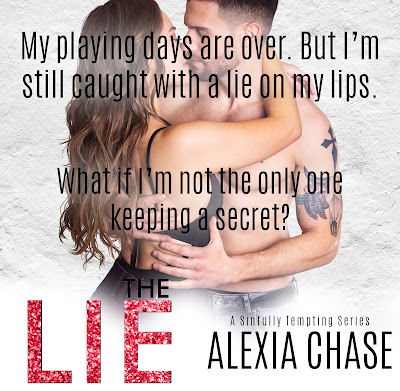 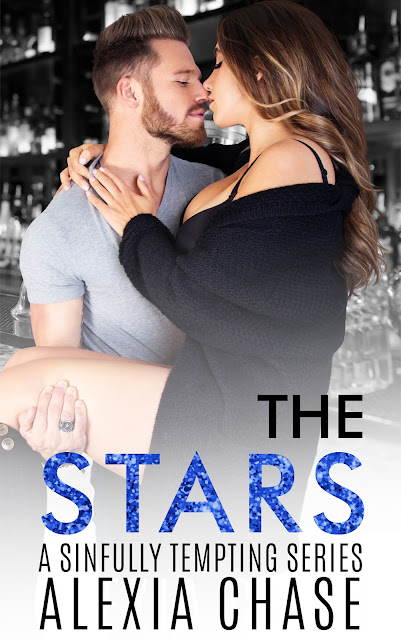 THE STARS
Can two star-crossed lovers get a second chance at love?
Felicity
My best friend is madly in love. Good for her, bad for me…. because I’m stuck on a wedding planning trip with her brother, aka, the boy who broke my heart four years ago after an amazing night under the stars. Only, he’s not such a boy anymore.
All that hotness…. what a waste.
Gage
The last person I want to spend the day with is my sister’s best friend, the girl who broke my heart. Four years ago, she was my whole world.
Turns out she was seeing someone else, so I hurt her like she’d hurt me. I told her she meant nothing to me and walked away. But I’ve never actually moved on.
Which is why finding out she was never actually seeing someone else changes everything.
But no matter what I do to right the past, the stars just won’t align.
Told in dual pov’s, The Stars is a standalone second chance, enemies-to-lovers romance set in the Alexia Chase’s Sinfully Addictive World.
ADD TO GOODREADS 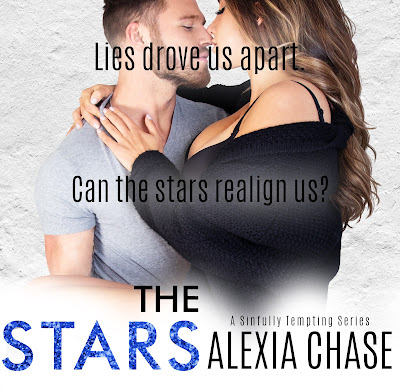 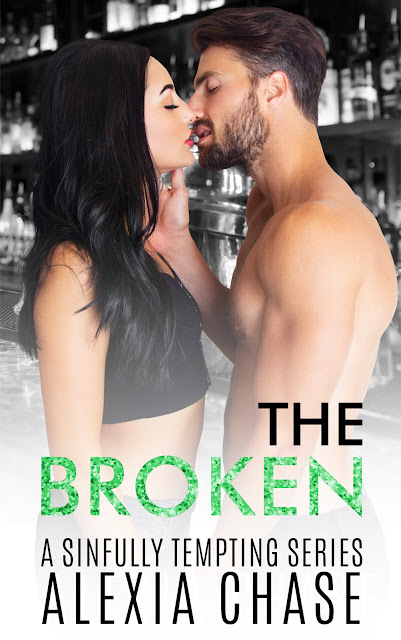 THE BROKEN
Can a broken woman put back the pieces of this widowed dad’s heart?
Isabella
I was hired as the first female assistant football coach for my new team. Yay me, right?
Too bad there’s at least one player that doesn’t take me seriously. I’m downright not welcome.
Sucks for him because I’m not going anywhere. Between living in this man’s world and my divorce, I’m done taking crap from others, especially when it comes from him.
I just have to ignore my ovaries when he hugs his kids so sweetly or when he looks hotter-than-sin just by existing.
Should be easy….
Liam
Isabella is a distraction. Not for me, of course, but for the team. Yeah, okay, fine, for me too. But I have three kids and no time for a personal life.
A hook-up. That’s all it is between us. Then why I can’t I get her off my mind? What if she’s the one person that can fix my broken heart?
Told in dual pov’s, The Broken is a standalone second chance romance set in the Alexia Chase’s Sinfully Addictive World.
ADD TO GOODREADS 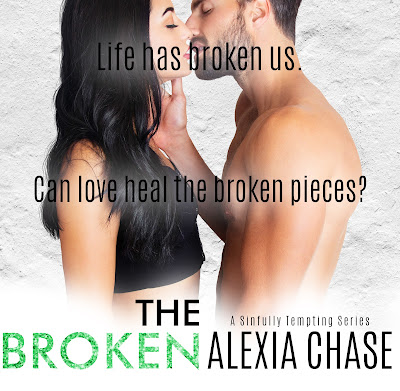 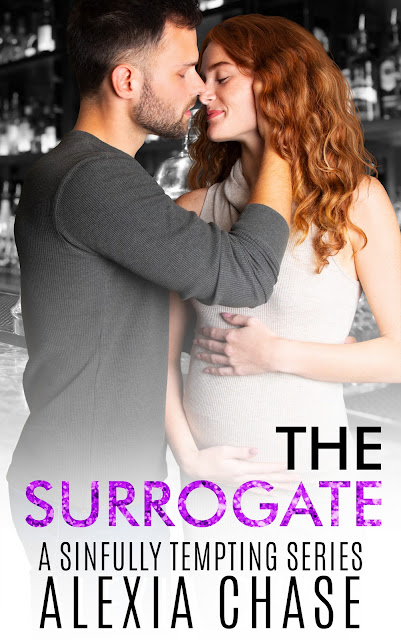 THE SURROGATE
Can a baby contract between friends lead to love?
Haven
My life is a mess. You can thank my parents for that. Well them, their drugs, neglect, and manipulation to boot. They’re the poster children for why some folks shouldn’t have kids, and you wouldn’t catch me bringing a kid with my baggage into this world.
That’s why my ex was perfect. He didn’t want kids. Apparently he didn’t want me either.
The jerk cleaned me out, and now the bank is knocking on my door.
Kingston
I don’t do relationships. I simply don’t have time. I’ve spent too much of it working to get ahead.
Now, my father is threatening to take everything away if I don’t get married.
Lucky for me, I’ve got a plan. And the plan’s name is Haven. My friend, my fake relationship, and the perfect surrogate – once I convince her, of course.
But with nine months to go, things suddenly don’t feel so fake…. and I don’t think I want them to be. Now I must convince her she’s the one for me.
We belong together – me, her, and our baby.
Told in dual pov’s, The Surrogate is a standalone friends-to-lovers, fake relationship contemporary romance set in the Alexia Chase’s Sinfully Addictive World.
ADD TO GOODREADS 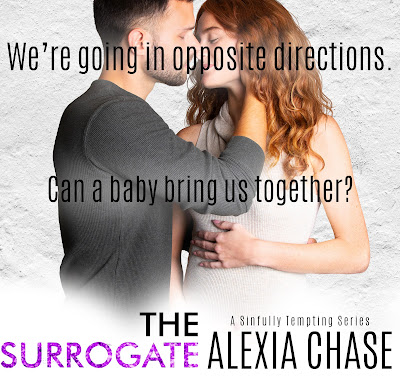 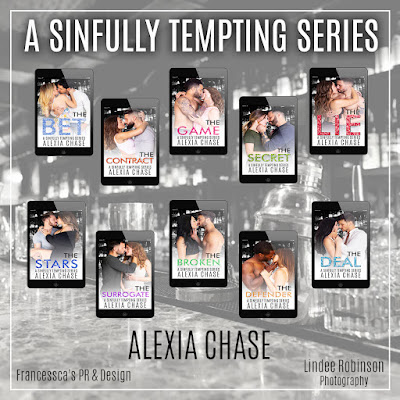 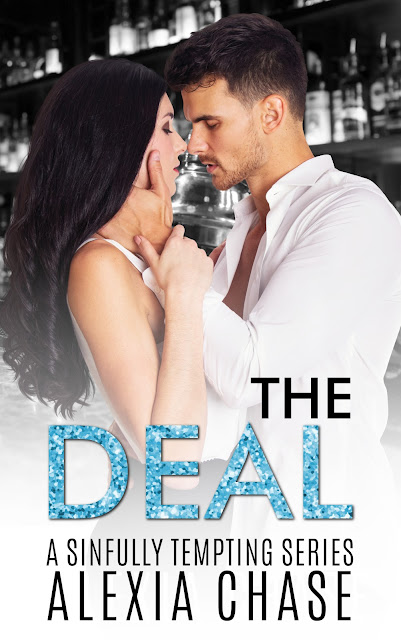 THE DEAL
Releasing January 26
Can the passion be contained with a Wednesdays Only Deal?
Hailey
That’s it. I’m done. No more dating.
Between catching my cop, ex-boyfriend in a compromising position, a first date from hell – where I thankfully didn’t go to jail, I’m so done with men, and cops especially.
Except…. Mr. Blue Eyes has a proposition I can’t refuse.
Austin
A crazy stalker ex is enough to make any man give up on dating.
But what about a Wednesdays Only Arrangement between me and the woman with the crimson shoes?
She’s gorgeous, funny, smart, and won’t date another cop. I think I’ve met the perfect woman. Did I mention I was a cop?
What could possibly go wrong with a Wednesdays Only Deal?
Told in dual povs, The Deal is a standalone fire-meets-fire instant attraction rom-com set in the Alexia Chase’s Sinfully Addictive World.
ADD TO GOODREADS 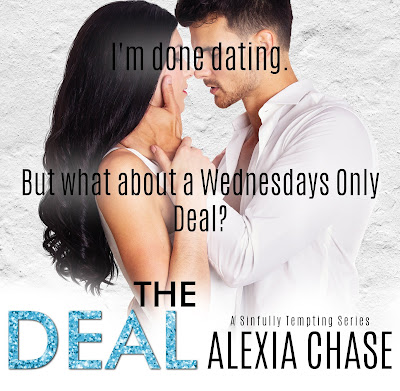 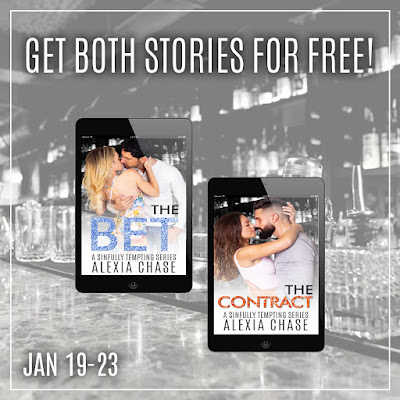 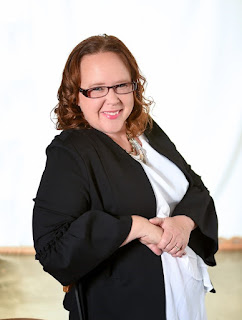 Alexia Chase is a steamy contemporary romance author who specializes in visual stories set in an interconnected world.
If you love stepping into a place that feels like home where familiar people, places, and things welcome you with open arms, then you’re in the right place.
Ms. Chase pens everything from short stories to novels with heroes from bartenders to billionaires.
What can you find between the pages? Heavy doses of snark, sinful fun, smut, and happily ever afters.
Come inside. They’re waiting for you.
Where can you find Ms. Chase when she’s not writing? Ms. Chase lives in a small community outside of Kansas City, Missouri. She spends her free time with her husband, three children, and two dogs and loves to spin stories in her head. She’s an avid learner and never far from her computer. Just ask her children. They have plenty to say about her excessive computer usage.
AUTHOR LINKS
WEBSITE
NEWSLETTER
TWITTER
INSTAGRAM
PINTEREST
FACEBOOK
FACEBOOK GROUP
BOOKBUB
AMAZON
GOODREADS 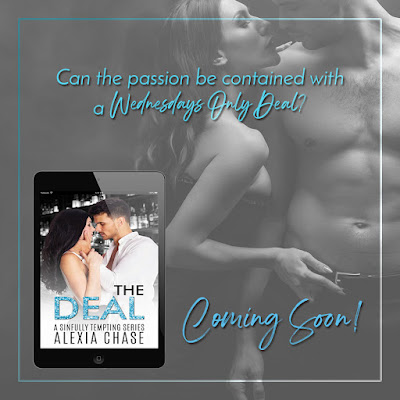