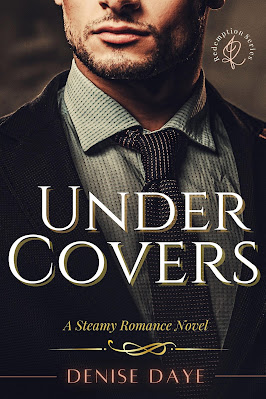 Will this scorching hot undercover cop break her innocent heart…or become her chance at true love?
Shy vet student Mila Kowitsch always does what her big brother Andrei tells her to. After all, he’s the one who raised her and made sure that she only ever knew riches.
But a girl can’t live in a golden cage forever. Especially not when her new boss at the vet clinic turns out to be the dream of every woman. So unbelievably handsome, so wickedly sexy and smart. Milla’s fallen hard for those dashing brown eyes. And as crazy as it seems to her, she’s pretty sure he wants her too…
It was just another undercover mission when Noah Carter has started investigating Andrei Kowitsch, one of the most high-profile criminals in the nation. Taking him down would finally get that desperately needed funding for his deteriorating station. So befriending Mila Kowtisch was meant to be his ticket to her brother; nothing more, nothing less.
But he never expected her to be so beautiful and kind. Her stunning smile brings out a protective instinct in him he never realized he had. She doesn’t belong in her brother’s criminal underworld. But a sweet girl like her also doesn’t belong in his.
He has to resist her… say no to his sinful thoughts. But those pretty blue eyes want him to play with fire, are begging him to cross the line. And Noah’s never been one to say no to a challenge. Especially not one that he positively, absolutely, can’t stop thinking about…
A full-length super-steamy romance novel with no cheating, no cliffhangers, and a guaranteed happily ever after.

Denise graduated with a master’s in Social Work from an ivy league school and has spent many years of her life supporting families and individuals in need of assistance. She has always had a passion for writing, but it wasn’t until her own baby boy was born that Denise turned her passion into her profession. Whenever Denise is not typing away on one of her books, you can find her caring for her son (a.k.a. one of the toughest jobs in the world), binging Netflix with her beloved husband, or chasing after her puppy (who should technically be an adult dog by now).
For new release info, please visit our website www.timelesspapers.com