Title: Pleasing Mr. Parker
Series: Men #5
Author: Elle Nicoll
Genre: Billionaire Workplace Romance
Cover Design: Abigail, Pink Elephant Designs
Release Date: July 5, 2022
BLURB
“You are mine, Sweetheart. You were always going to be mine.”
They say don’t mix business with pleasure. But I bet they never had to work with Griffin Parker.
He headhunts me to manage the spa in his iconic New York hotel,
The Songbird.
It’s a dream opportunity.
But he’s a nightmare in a designer suit.
We clash spectacularly when he refuses to give up control.
He doesn’t trust me. I don’t like him.
Until one day we manage to work together, and an idea grows wings.
And the things he says…
Oh God.
I’ve spent my life fighting back against the repercussions of pleasing other people. Yet, I find myself doing exactly that.
Because when Mr. Parker is pleased with you the rest of the world drifts away.
He tells me I belong to him. But he doesn’t tell me if I will survive him.
No one can tell me that.
He didn’t get to be one of the most powerful businessmen in New York easily.
He has enemies.
I’m flying straight into a storm.
And I don’t even want to stop myself.
ADD TO GOODREADS

EXCERPT
As soon as Lori leaves and my case is delivered, I step out of my heels and pad barefoot out onto the deck, dropping to sit on the ground with my feet dipping into the warm water. I tilt my face up to the morning sun and take a deep breath, tranquility seeping into my pores with each lick of the sun’s ray on my skin.
“This is like a dream.” I sigh, leaning back on my hands and closing my eyes.
“Breath-taking, isn’t it?”
What the…?
My hand flies to my chest where my heart has just leaped into my throat, and I gasp, snapping my eyes open.
I lean forward around the dividing bamboo screen, peering to the deck of the next-door villa. I don’t have to look to confirm it, though.
I would know that voice anywhere.
“Quickly turning into a nightmare!” I huff as I stare into crystal-blue eyes. They’re even bluer here, inviting like cool pools of water on a sweltering day. Maybe it’s a trick of the light, and it’s the ocean reflecting off them or something.
“How was your flight?” Griffin asks from his position on the next-door deck before he looks away, making the mesmerizing blue pools disappear from my sight.
I can’t answer him. I stare out at the ocean and force myself to take deep breaths, trying to pull my body temperature down to an acceptable level now that my blood has been set boiling.
How does he do it?
Manage to be the most irritating, pig-headed, self-assured, egotistical bastard I’ve ever met? All without a hair out of place. It comes so naturally to him. It is him.
I was even starting to think he wasn’t that bad. The way he lightened up when he made the joke about me calling Reed a baboon in his office. Sending the luxury car to take me to the airport this morning. Insisting I don’t pay for company lunches myself. I was beginning to see a likeable, charming side of Griffin Parker, which everyone else seems to benefit from, except for me.
But it was merely a fleeting figment of an idealistic imagination.
I study him from the corner of my eye. He’s standing, looking out toward the ocean, hands resting on his hips. He’s still in a full, light gray suit. He must be baking. It’s still early, but the humidity is unmistakable in the surrounding air.
“What are you doing here?” I stop paddling my feet in the pool and stand up, walking to the edge of my deck closest to his.
“I heard Todd couldn’t make it.” His eyes stay trained on the ocean, his dark hair shining in the sunlight.
“Family emergency,” I reply.
“That’s unfortunate.” His lips stay pressed into a firm line.
“You didn’t answer my question. What are you doing here?” I fight to keep my voice even as my body tenses. I’ll be damned if I give the smug asshole the satisfaction of knowing he’s affecting me.
This is another power play. One further example of what a control freak he is.
At first, I wondered if it was me. If I gave him any reason to doubt my ability to do the job. Gave him cause for concern, somehow. But now I know it is just Griffin. Griffin control-freak Parker. Because heaven forbid anyone can do something as well as him.
He turns to me, his eyes landing straight on mine. Butterflies set loose in my stomach, swirling and dancing with sudden vigor. God, it must be the plane food, or the champagne from this morning disagreeing with me.
“I have some personal business to attend to here. It made sense to move my trip to today so I can accompany you to the meeting—make sure you don’t miss Todd.” He juts his chin forward as he says ‘Todd,’ his eyes darkening as he watches me, as if waiting for a reaction.
I swallow down the butterflies which are now attempting to shoot up into my throat.
“Well, you are certainly not him. But we’ll manage.”
A muscle in his jaw ticks as he looks at me, pinning me to the spot with his blue gaze.
“Why don’t you order some breakfast, Maria? I have calls to make. We leave in two hours.” He turns, effectively dismissing me.
“Fine,” I snap at his back.
He goes inside his room, then I head inside mine.
I stomp over to the bed, flopping down and grabbing a cushion.
Then I scream into it. 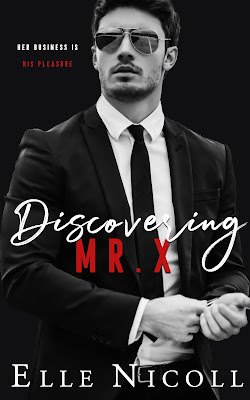 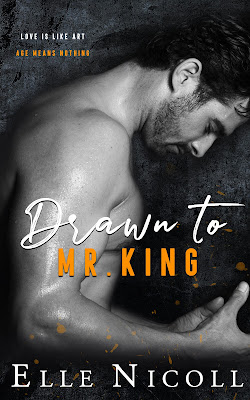 Elle Nicoll is a British, ex long-haul flight attendant and mum of two.
She writes sweet, but dirty, contemporary romance novels, all based around love.
Not all the men she writes will be rich alphas. Not all the women will be sassy. Just like we are all different, they will be too.
But she hopes they will feel real. Flawed, insecure, broken maybe. But also warm, considerate and loyal. Any elements that you think of when you consider the people you know.
Because no one is perfect.
When Elle isn’t writing or falling for another new book boyfriend she is trying to look like a parent who knows what they’re actually doing. That, or staring at the sky day-dreaming and running another book idea by her husband, who has perfected his ‘listening with interest’ face.
It means the world to Elle that you’re considering reading her stories, and she loves to hear from readers.
Find her at www.ellenicollauthor.com
AUTHOR LINKS
INSTAGRAM
BOOKBUB
FACEBOOK
WEBSITE
TIKTOK