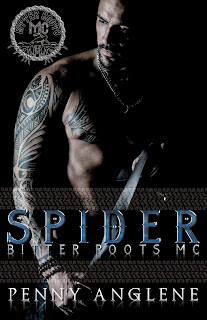 Spider
The guilt I’ve felt over the loss of my wife and child left me shattered inside. I’ve been closed off for years, not letting anyone in. Finding her on the side of the highway broke down; she rocked my world. She’s self-assured and not taking shit from anyone. Who is she and where did she come from?
Makayla
I can’t believe my eyes when he pulls over to help me—riding a Harley with a leather cut on. I thought I left that behind me when I left the only home I had known. I was raised by my dad who was a member of an MC until he died in a freak motorcycle accident. I swore I wouldn’t fall for a man in leather, but there is just something about him that calls to me.

“Here you two go. Your dinner. The pan is hot, so be careful. Can I get you anything else?” the waitress asks.
“That’s it. Thank you,” I tell her.
“She was eye fucking you,” Mak states.
Choking on my beer that I had just taken a drink of, I ask, “Excuse me?”
“She was eye fucking you. That was rude. How does she know I’m not your wife or girlfriend? That’s just fucking rude,” she tells me with no hesitation, just blurting that shit out. 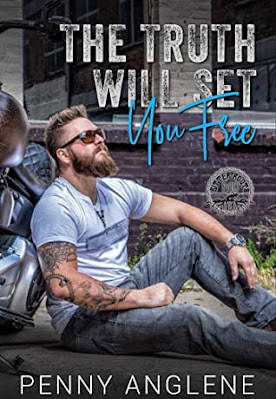